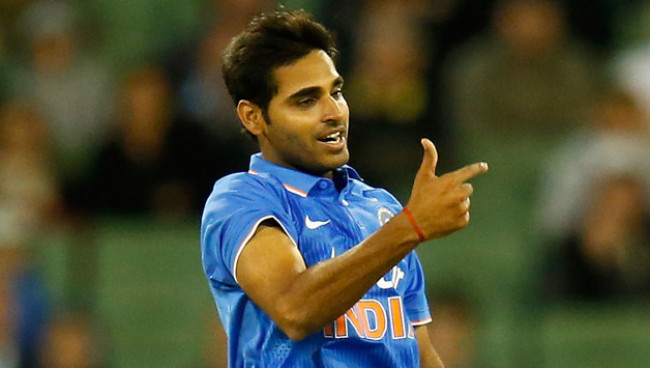 Kumar started quite well but it was Jasprit Bumrah’s economical bowling and disciplined length that choked the Men in Green early on. Bumrah delivered successive maiden overs and built pressure on Fakhar Zaman.

Thereafter, Imam-ul-Haq seemed to panic and thus charged ahead to pull a slightly shorter delivery from Kumar that was easily claimed by MS Dhoni behind the stumps. Zaman mistimed a similar delivery and Yuzuvendra Chahal maintained his composure to safely collect the catch.

Shoaib Malik and Babar Azam saw out the remaining overs quite well, as Malik played a delectable cover drive to notch a boundary. Azam has adopted a careful approach, having scored 13 runs from 26 deliveries.

Bumrah bowled four overs in the first ten and conceded mere 10 runs. Kumar scalped two wickets at an economy rate of only 2.60 RPO. The Indian bowling attack has definitely been more incisive with Bumrah’s inclusion. The spinners could be expected to carry on the proceedings from here on.