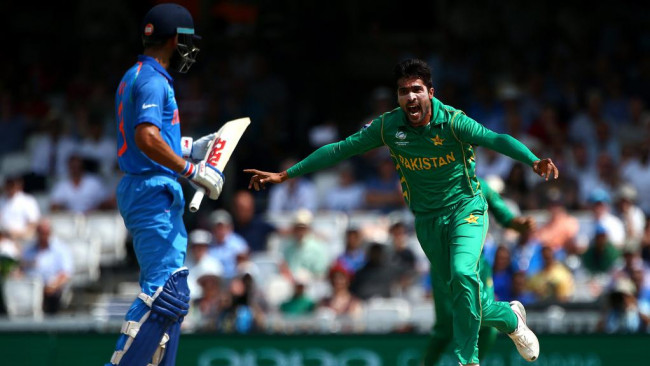 Asian heavyweights, India and Pakistan, will face each other off on Wednesday (September 19) at the Dubai International Stadium. Pakistan got off to a flier against Honk Kong, the same opponent whom India faced on September 18.

The scheduling of the match is a bit strenuous from India’s perspective, as Rohit Sharma’s team is supposed to play on consecutive days in the high temperature of the UAE.

This is supposed to be the much anticipated match in the Asia Cup, considering the immense rivalry between these two teams. The Indo-Pak clashes are usually highly intensified and closely contested, a glimpse of which we could witness tomorrow.

India are coming into this tournament on the back of a really difficult tour of England. They had lost the ODI series in England 2-1 before being defeated in the Test Series as well.

India's regular captain Virat Kohli has been rested due to fatigue and his persistent back injury, whilst Rohit Sharma has been handled over the mantle to lead the side. The Indian team will miss the presence of arguably their best batsman, but it is a good opportunity for the management to lookout for their middle order options and find better stability in the team. Their batting lineup could struggle against Pakistan’s dynamic opening bowling duo of Mohammad Amir and Usman Shah.

Currently, Pakistan appear to be the most stabilized team in the tournament. Their bowling possesses flair with variety, along with a reliable top order. Imam ul Haq could be backed to provide a sensible start to the innings, as the southpaw has shown immense maturity and a commendable sense of responsibility in his short international career so far.

Captain Sarfaraz Ahmed surely knows how to lead the team quite well, as his men defeated India in the final of the Champions Trophy in England last year.

Pakistan secured a comfortable victory by eight wickets against Hong Kong a couple of days ago, as they looked in fine form and notched the win with thorough professionalism. With a better understanding of pitch conditions in the UAE, they definitely have an upper hand against the Indian side as well.

Head to Head: Having played against each other in 129 ODIs, Pakistan lead in this head to head record. They have defeated India on 73 occasions, whilst having lost 52 times. The matches failed to deliver a result four times and hence it is visible that the Men In Green have enjoyed an upper hand over their counterparts.

In Asia Cup, however, these two have faced each other 11 times, with each winning five clashes.

Weather Report: Expectedly, the temperature will hover on a relatively higher side at 42 degree C, with humidity levels at around 38%. This match could certainly be a tricky test for the pacers from both teams.

Pitch Report: The Dubai International Stadium usually serves generally flat pitches that tend to favor the batsmen. It is usually a bit slow during afternoon as the pitch is dry due to heat and spinners churn maximum positives from it. Dew factor might benefit the team that bats second in this contest.