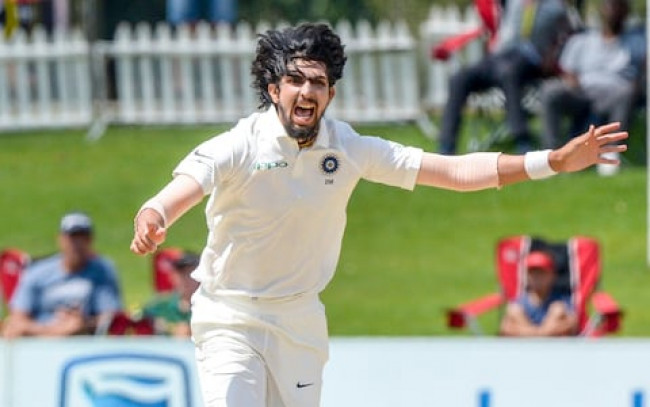 India’s senior pacer Ishant Sharma is likely to miss the national team's upcoming home-series against West Indies after suffering an ankle injury against England in the final Test match.

Sharma was in an impressive form against England, as he utilized his experience and extracted the most benefits from the seam-friendly pitches in England. He notched 18 scalps in the five matches and apparently finished as India’s highest and the series’ second-highest wicket-taker.

After injuring his ankle, Sharma left the field during England’s second innings. By then he had bowled only one over but did not return thereafter, thus creating doubts over his availability for the series against West Indies.

Certain reports claim that doctors have advised the 30-year-old to rest for a month, which would help him attain match-fitness as well.

It is understandable that the BCCI would prefer to keep him out from this series, as the Indian team would tour Australia afterwards. Ishant has displayed consistency and the ability to provide regular breakthroughs, something that would be essential down under in November.

The fast-bowler is now likely undergo rehabilitation at the National Cricket Academy in Bangalore.

India will host the Caribbean side for two Tests, five ODIs, and three T20Is between October 4 and November 11. The squads for this series are yet to be announced.