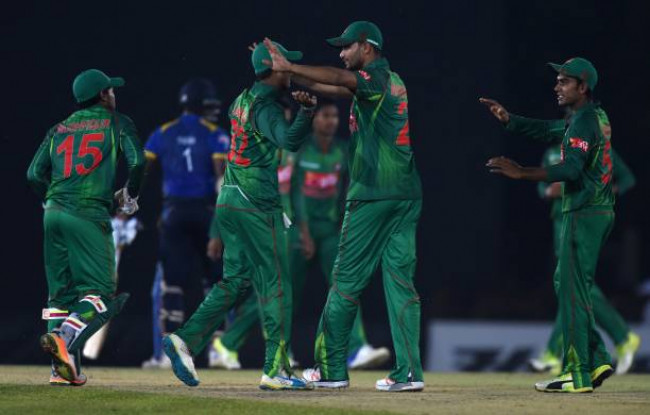 The moment of the match was perhaps when Mustafizur Rahman, the eleventh batsman, got out. It was the ‘ruled-out’ Tamim who came out to bat with his gloves cut in order to fit his taped hand. Bangladesh was on 229/9 when the left-hander defended Suranga Lakmal’s last delivery of the over to bring Mushfiqur on the striking end. The former Bangladesh captain didn’t let Tamim’s act of bravery go in vain and clubbed 32 more runs (16 balls) before getting out off the penultimate delivery. Thisara Perera stopped Mushfiqur on 144, but the Tigers already had 261 runs on the board by then.

In reply, Sri Lanka were off to a flying start as Upul Tharanga went all guns blazing against the Bangladesh bowlers. However, his blitzkrieg did not last long as Mashrafe Moratza removed him after Mustafiz dismissed Kusal Mendis for a duck. The Bangladesh skipper struck once again in his next over to send Dhananjaya back to the hut.