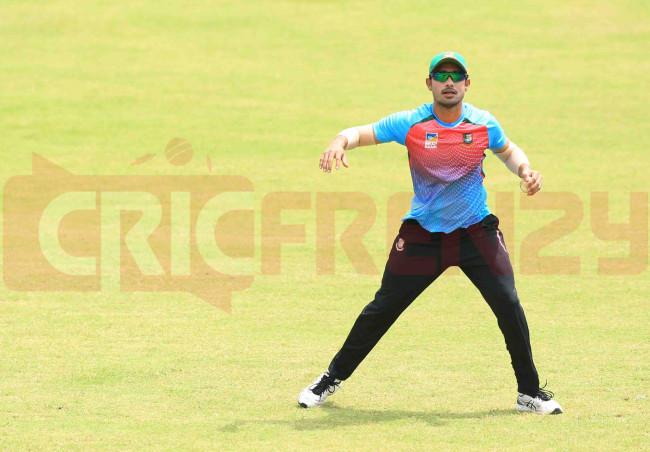 Tamim was nursing an injury on his right hand that he sustained during the Asia Cup-preparation camp on August 28. He has been taken to the hospital to have an x-ray on his injured wrist.

Following Tamim’s departure, Mushfiqur Rahim took a cautious approach while Mohammad Mithun got favored by luck in the beginning of his innings. Together they have now restored the innings with a crucial 110-run partnership. Each of the batsmen has picked up a half-century as well.