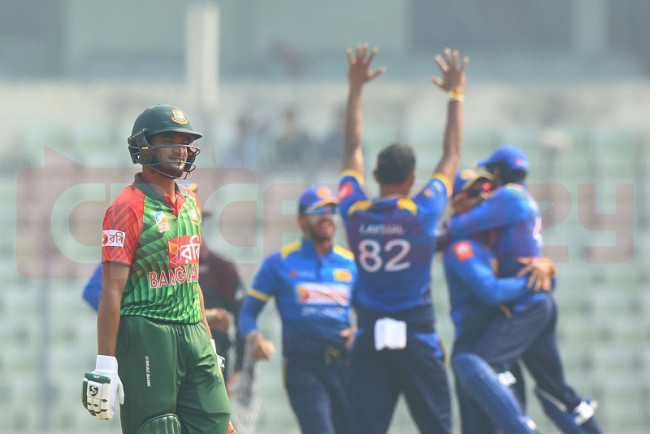 Tamim was nursing an injury on his right hand that he sustained during the Asia Cup-preparation camp on August 28.

Angelo Mathews’ mistake coupled with a no-ball in the fifth over, kept Mohammad Mithun from adding another scalp to Malinga’s tally and turning their start into a shakier one.

Mushfiqur Rahim is currently on the crease alongside Mithun. They will now try to restore the innings and take the Tigers to a safer position.