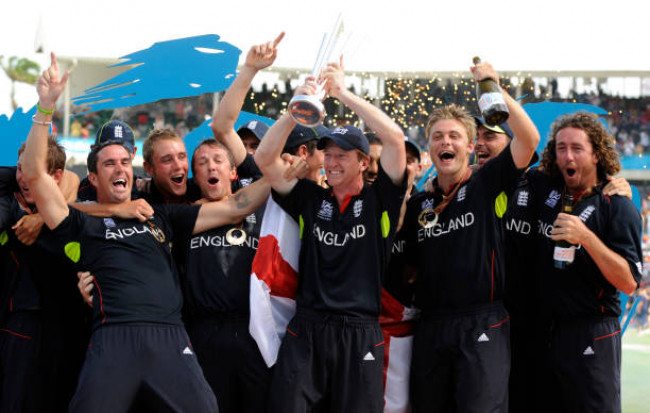 Paul Collingwood, England’s former captain and middle-order batsman has announced his retirement from all forms of cricket. Collingwood was England’s mainstay in the batting order and was always capable of delivering some economical overs.

In 68 Test Matches, he scored 4259 runs whilst having notched ten centuries too. He was a classical batsman, whose primary instincts were to defend and thwart away the bowler’s strengths.

Collingwood represented England in 197 ODIs too, having bagged 5092 runs including five centuries and 26 fifty-plus innings too. He scalped 111 wickets in those 197 matches, thereby indicating his all-round skills.

Perhaps, the greatest achievement with the national team would be when he led the nation to their first ever major tournament victory, having won the ICC World T20 in 2010. Collingwood was always a leader in the dressing room, a good communicator, and a reliable batsman too.

He represented Durham in the county circuit and retires as their highest-ever run-getter. Collingwood amassed 16,844 runs in 304 first-class matches, whilst also bagging 164 scalps.

Upon his retirement, he said: “After much thought and deliberation, I have decided to announce my retirement from cricket at the end of the current season.  I knew this day would eventually come but it hasn't made it any easier - although it's an emotional decision, I know that the time is right and I'm comfortable knowing that I have given every last ounce of energy to the sport.

“I have achieved so much with both Durham and England; far more than I ever imagined and I feel extremely privileged to have had such a long and rewarding career.

“It has been an honour to represent Durham County Cricket Club for the last 23 years and I would like to thank the staff, coaches, team mates and members for their tremendous support and for making my career so enjoyable.

“I am excited about what the future holds for me and am looking forward to new challenges.”

Former captain Ian Bothom, who is incidentally the chairman of Durham’s cricket county club said, “Colly is Mr Durham and it will be very strange without him, but on behalf of myself and everyone at Durham County Cricket Club, I would like to wish him the very best in whatever the future holds.”

Collingwood certainly retires as a massively respected figure in both the international and domestic circuit.