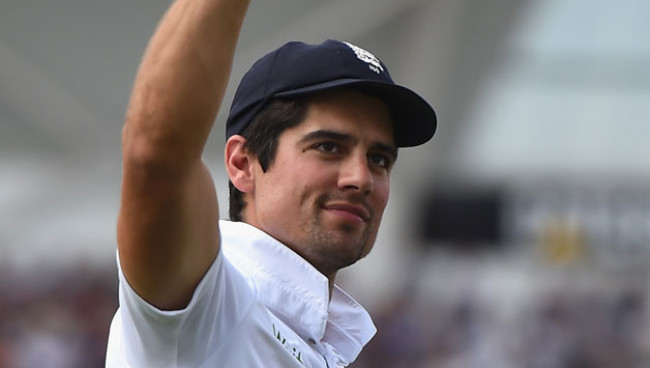 After having reduced England’s first innings lead to 40 runs on day-3, India again allowed the English batsmen to take control over the game with a dominant batting display in the first two sessions of day-4. Departing former captain Alastair Cook played a classy knock of 147 runs, thereby boosting up the hosts’ lead and further enhancing the target for Virat Kohli’s team.

Cook’s inning was composed of some smart stroke play, well-timed shots and equal suitability against both pacers and spinners. During the course of his innings, he was ably supported by Joe Root, as both players completed their centuries in this inning. Cook surpassed Kumar Sangakkara to become the fifth-highest run scorer in Test history. He is now the highest run-getter among left-handed batsmen in Tests.

Fortunately, from India’s perspective, Hanuma Vihari chipped in with three crucial wickets to derail England’s innings. Vihari dismissed Cook and Root in successive deliveries and later got Sam Curran caught behind the wicket. However, England cruised to a mammoth 423 runs and declared their innings after losing eight wickets.

On the other hand, India’s chase began in arguably the worst possible manner. The visitors lost three wickets after having scored just two runs, with reliable batsmen Virat Kohli and Cheteshwar Pujara even failing to open their account. Shikhar Dhawan was the first batsman to return to the dressing room, adding to his string of miserable performances throughout this series.  Although KL Rahul and Ajinkya Rahane have formed a decent partnership of 56 runs, there is a long way to go before India assume of notching a decent outcome from this match.

England have again snatched the match away from Kohli’s team’s jaw. It remains to be seen whether the Indian team manages to register a draw at the end of fifth day’s play.