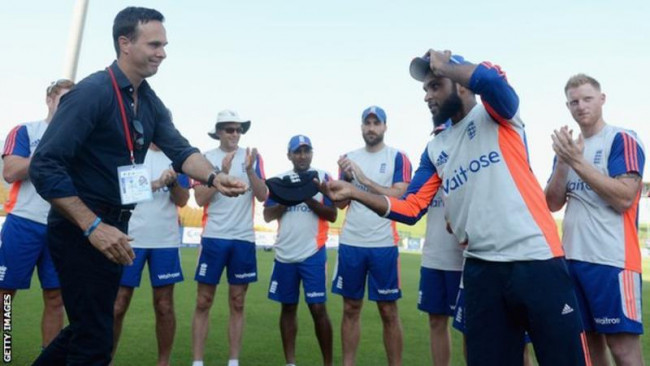 Adil Rashid’s inclusion in the Test team for the series against India surely came out as a surprise. However, the backlash that the player had to suffer owing to it is quite disappointing.

The leg-spinner has been criticized by former England captain Michael Vaughan, who said that Rashid was unprofessional for not making himself available for Yorkshire when he knew he had a good chance of being picked for the Tests.

Rashid was quite impressive in the ODI series against India, in which he oozed his class with classic leg-breaks, whilst bowling over Indian captain Virat Kohli too. Accordingly, the spinner is bound to believe that he deserves his place in the Test squad. Hence, he sounded particularly annoyed and disappointed due to the criticism targeted at him.

Speaking to BBC Sport, Rashid said, “There has been a lot of hoo-ha. I don't see what the big deal is, with people talking about me being retired. I didn't say anything about retirement, which some pundits have said. It was not an easy decision, but when your country wants you and asks if you are available, you cannot just say no."

Regarding Vaughan, Rashid spoke out some ferocious words. He reportedly remarked, “His opinions do not matter to anybody. When I mentioned at the start of the year I will not be playing red-ball cricket, he tweeted something then. He was being controversial and saying his stupid things then too. A lot of people have got no interest in what he says. It is about getting people to like what he says.”

Furthermore, Rashid said, “I don't think he has an agenda against me. I played under and with him but sometimes ex-players come out and start talking nonsense about current players. If he wants to carry on talking just because he is bored with nothing better to say, then that is his choice. There will be people out there who are not happy. There will be haters, like the pundits who are saying it is a disgrace. That is not my fault."

He was visibly unhappy with the individual denunciation that was subjected towards him. Rashid even hinted that he would be forced to think about the future of the county teams that he represents.