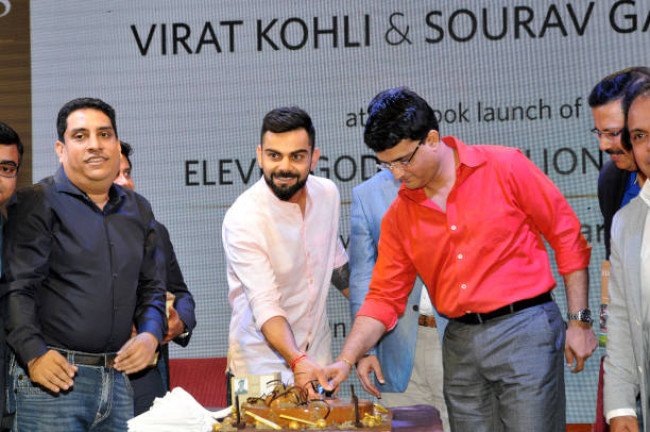 Sourav Ganguly, former Indian cricket team captain and present chief of the CAB has heaped praise on Virat Kohli and the current Indian captain’s ruthless winning mentality to take his team to the top. He believes that Kohli is on a task, a mission of sorts to ensure that his team topples everyone to become the best in the world.

Speaking on Breakfast With Champions, a chat show designed to rope in current and former cricketers to talk about the game, Ganguly thoroughly praised Kohli, and spoke on other issues too.

He reportedly said, “When Virat Kohli plays, wherever you are, you will come and watch that, because he is playing. That is his impact. When you look at him, you will get to know that this man has a mission of making his team the best,"

Ganguly has regularly backed Kohli on various decisions, and this tour would be particularly important for the 29-years-old, as he would look to overturn his poor performances from the last time India toured England in 2014.

Recently, there was much criticism regarding the management’s decision to make it compulsory for players to pass the Yo-Yo test, in order to be selected for the national team. Ganguly, on the contrary, has spoken in favor of this fitness routine.

He remarked, “There is fitness and Yo-Yo test. People criticize it but there is a reason behind these tests. You have to be mentally tough. Now, cricket is fitness oriented and sports has changed over the years. I have a lot of hopes on Virat Kohli and nation believes in him,"

The Indian cricket team is supposed to play a five-match Test series against England, starting from 1 August. They could surely take some motivation from Ganguly’s comments on Kohli.