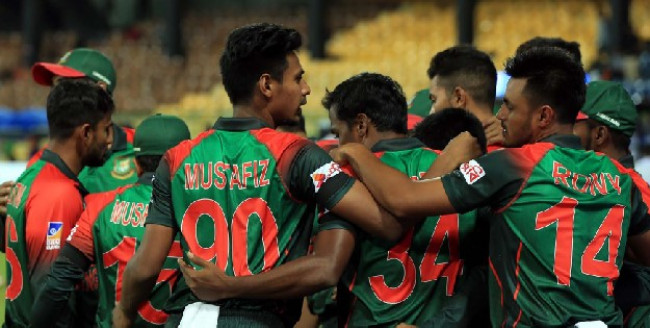 The Bangladesh cricket team was outplayed in all three aspects of the game in the recently concluded Test Series. However, over the years, the Tigers have shown an unmatchable spirit of sorts whilst playing the ODIs.

Hence, West Indies cannot afford to take their visitors lightly even after having thoroughly dominated them in the Test matches.

The teams will commence the three-match ODI series tomorrow onwards, and the first match will be played at the Providence Stadium in Guyana. The hosts prepared a green, bouncy pitch for the matches in the longest format of the game and hence similar pitch conditions could be expected for the 50 overs’ match too.

The Bangladeshi team will have to develop their mettle and demonstrate better character while dealing with the moving ball in the initial stages of the game. Tamim Iqbal could be expected to lead the batting order, and players like Shakib al Hasan and Mahmadullah will have to add steel and stability in the middle stages of the batting innings. The major positive for Bangladesh would surely be the return of their captain Mashrafe Mortaza. His smart swing bowling would be crucial for the visitors if they look to snatch some early breakthroughs.

Along with him, Shakib al Hasan would be touted to restrict the flow of runs in the middle overs and hence the 31-years-old actually is the most vital cog in Bangladesh’s playing XI. For Bangladesh, Mushfiqur Rahim, Shakib al Hasan, and Mahmadullah form the core of their batting order. Rahim and Shakib will have an equally important task up to their sleeve, that is, to accelerate the run rate according to the situation and to enhance the duration of their stay on the batting crease too. Mustafizur Rahman’s variations would be of good use in generally tricky West Indian pitches too.

West Indies will ride on confidence that they have attained from their dominance in the Test series. However, they would have to be concentrated and adapt to the change in format in order to ward off any sort of complacency. They have a strong opening order as Evin Lewis and Chris Gayle would try to provide a quick start to the innings. Shimron Hetmyer will be the important man in the middle and would be tasked with stitching the innings together.

Andre Russell’s versatility and big-hitting prowess could be put to the great effect provided the West Indian setup send him to bat in the appropriate position. West Indies’ tendency to create fast pitches would be complemented by the fast-bowling abilities of Jason Holder and Alzarri Joseph. Devendra Bishoo will try to provide the required spark with his leg-break deliveries, and the West Indian team currently looks more suitable to notch a positive result. However, Bangladesh’s grit, determination, and Mortaza’s return could have a major impact upon the results of the series.