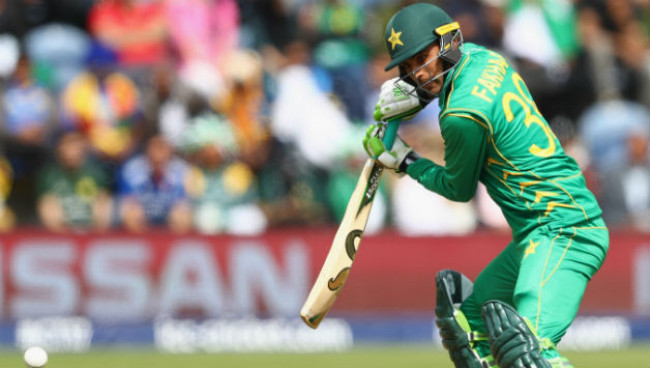 Pakistan have attained a four-match lead in their five-match ODI series against Zimbabwe as they defeated the hosts by 244 runs in the fourth ODI at Bulawayo.

As Pakistan were thoroughly dominating Zimbabwe in the previous matches of this series, it became apparent that something destructive was about to come from the visitors. Sarfraz Ahmed won the toss and decided to bat first, with Fakhar Zaman and Imam-ul-Haq opening the innings.

Zaman and Imam appeared unbeatable at times, as they were very concentrated and looked completely convincing throughout their stay on the pitch. They adjusted to the conditions initially but counter-attacked with all their capabilities later in the game. Zaman was constantly looking for boundaries, and Pakistan got off to a brilliant start thereafter. In the process, Zaman brought up his third ODI century in the 31st over too. However, he didn’t stop right there and carried on the momentum with Imam supporting him ably from the other end. Zaman eventually scored a double-hundred, becoming the first Pakistani player to have achieved the feat. Asif Ali scored a quick half-century too. Pakistan posted a total of 399 runs, with Zaman registering his name in the record books due to his swashbuckling knock of 210 runs.

Zimbabwe didn’t seem to pose any commanding reply to the challenge either, as they succumbed to the pressure of the scoreboard and eventually conceded the innings quite quickly. Leg-spinner Shadab Khan picked four wickets, with Usman Khan and Faheem Ashraf notching two scalps each. Elton Chigumbura tried to salvage some pride by building a decent, matured knock, but it was not possible considering the confidence that Pakistan had instilled upon them.

Pakistan need to ensure that they notch a victory in the final match of the series to complete a clean sweep over Zimbabwe.