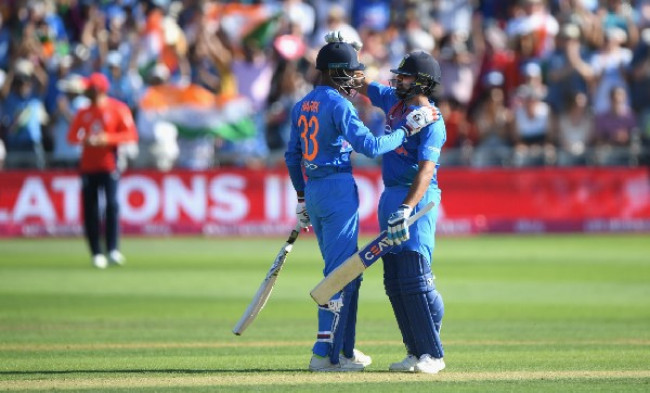 India emerged victorious in the first of the three match ODI series between them and England. After winning the toss, captain Virat Kohli asked the opposition to bat first.

Umesh Yadav and Siddarth Kaul endured a hurried start, and did not hit a consistent length to trouble the English openers. Jason Roy and Johnny Bairstow counter-attacked the Indian pacers from the beginning.

However, the bowling change worked in India’s favor as Kuldeep Yadav claimed wickets at an alarming rate to completely dismantle the English batsmen. They were clueless and approached him defensively, thereby losing wickets in this process. Yadav departed five players from the top-six batsmen of the English national team.

With his guile, and consistent bowling line, Yadav dominated the English batsmen through his unique bowling style and a wicket-taking line and length too. Yuzvendra Chahal removed the opposition captain Eoin Morgan for mere 19 runs. England posted a defendable target of 269 for the visitors.

However, Shikhar Dhawan and Rohit Sharma were flawless and productive during their stay on the crease. In the initial overs, Dhawan attacked and Sharma took his own time to get in the groove. Dhawan was later dismissed by Moeen Ali’s delivery whose outside edge flew to the fielder in short third-man.

Then, Kohli and Sharma combined together to form an excellent partnership, and forced England out of the game with a shrewd display of batting. Rohit threaded in the gaps, and played some delightful strokes on the off side to keep up with the required run-rate.

Kohli was more cautious in his approach, and played an anchor role to ably complement Sharma’s attacking demeanor on the field. Adil Rashid finally dismissed the Indian captain in the 33rd over, but the game was almost done by then with Kohli having scored 75 runs too.

Sharma brought up his century, and effectively carried on from there to see his team home along with KL Rahul. India won with eight wickets and around 10 overs to spare.

The second ODI will be played at the Lord’s Stadium in London, on July 14.