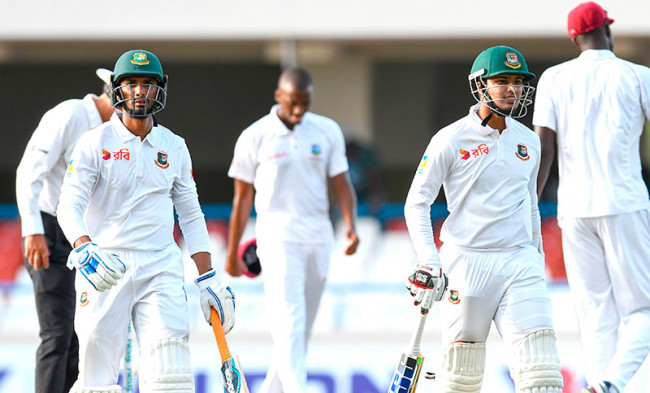 Bangladesh endured a difficult start to the tour to West Indies, as a resurgent West Indian side comprehensively defeated them. The Asian side looked out of ideas, and fell short of an extra batsman on a typically green and bouncy Caribbean track.

Kemar Roach, Kraigg Braithwate, and Shannon Gabriel starred for West Indies, and the hosts would try to build on the positive momentum that they have created in the series. This would be the last of the two-match Test series and the best that Bangladesh can hope of is to draw the series.

West Indies played to their strengths, and batted long enough to ensure that they did not have to bat for the second time in the match.

Bangladesh might go into this match with some tweaks in the playing XI, but Captain Shakib al Hasan would hope that the batsmen adapt and adjust to the playing conditions quickly enough. None of the Bangladeshi batsmen except Nurul Hasan showed resilience or patience, and were bundled out by Roach in the first innings and Gabriel in the second.

Bangladesh would have to show more resistance and temperament while batting, with middle-order batsmen like Shakib al Hasan and Mushfiqur Rahim leading the way. Tamim Iqbal would be tasked with seeing off the new ball, and Liton Das would support him at the opposite end.

Roach suffered an injury and has been rested ahead of the next match. He could be replaced by Alzarri Joesph, as the rest of the playing XI might be unchanged for West Indies.