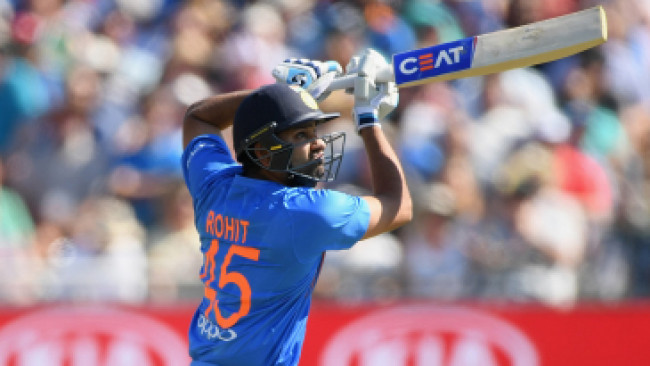 As the decider prevailed over India and England Bristol today, Indian captain Virat Kohli elected to field first after winning the toss.

Deepak Chahar, who impressed in the IPL this season with CSK, made his debut in this match and even opened the bowling for his team. However, he was taken to cleaners by the English batsmen, coming out with an economy rate of 10.75 after his four overs. Chahar found solace in removing Jason Roy from the crease, however, Roy had already slammed 67 runs at a strike rate of 216.12 by then. He along with Jos Buttler and Alex Hales provided a solid start to the innings, and England were in a fairly commanding position until the 14th over.

However, Hardik Pandya struck twice in that over, dismissing Hales and Eoin Morgan, thereby, causing turbulence to the English innings. Umesh Yadav conceded 48 runs off his four overs, and none of the pacers seemed to constrain the Englishmen by stopping the seamless flow of runs. Pandya claimed four wickets, giving away 38 runs in his quota of overs. England set India a target of 199 runs in the end.

The Indian innings suffered an early blow with Shikhar Dhawan being dismissed by David Willey at the start of the third over itself. Jake Ball overcame KL Rahul’s threat too in the sixth over too, and the Indians were down by two wickets within the fielding restrictions. Virat Kohli and Rohit Sharma steadied the ship, constantly rotating the strike, finding inch-perfect gaps and keeping their composure for a major part of the game. Chris Jordon caught and bowled Kohli in the 15th over of the innings though, and the Englishmen seemed to have paved their way back in the game.

However, Rohit did not deter, and was ferociously destructive once he got in the groove. The sheer class that his shots demonstrated, coupled with the temperament that he showcased to steer the innings was quite refreshing to witness. He deservingly notched a century in the end, with Pandya having supported him with a quick knock of 33 runs. India chased down the total with eight deliveries to spare, and made easy work of the steep target that England had posed in the series-decider.

Rohit walked away with the Man of the Match award, and was adjudged as the ‘Player of the Series’ too. India capped off the first challenge of their English tour by notching a 2-1 victory in the three match T20I series.