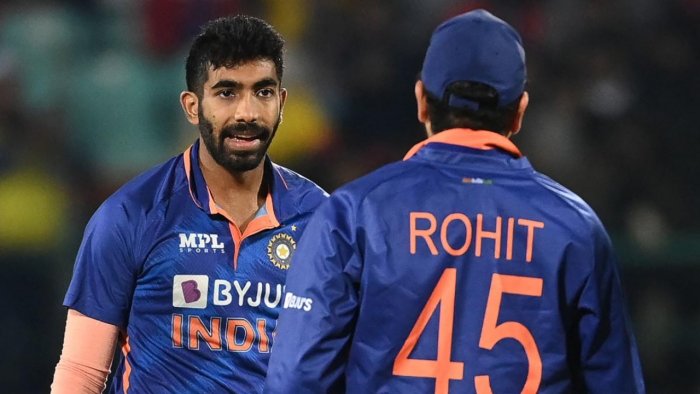 Jasprit Bumrah has been advised by Rohit Sharma not to return to action too quickly and the fast bowler is hoped to be healthy enough to play in the final two Tests against Australia in March.

After recovering from the back injury he sustained prior to the 2022 T20 World Cup, Bumrah was on his way back to the ODI team for the home series against Sri Lanka earlier this month when he was forced to leave the team due to a new glute injury.

The Indian team management is particularly concerned about Bumrah's fitness as the ODI World Cup, which will be held in India in October and November of this year, approaches.

"About Bumrah, I'm not too sure at the moment, of course for the first two Test matches he's not going to be available," Rohit said after India swept New Zealand 3-0 in the ODI series.

"I'm expecting that; not expecting but hoping he plays the next two Test matches but again we don't want to take any risk with him. The back injuries are always critical. We have got lot of cricket coming up after that as well, we will see, and we will monitor. We are in constant touch with doctors and physios at NCA and we are constantly hearing from them" he added.

Due to a stress reaction in his back, Bumrah has been out of action since September of last year. He was receiving treatment at the National Cricket Academy (NCA) of the BCCI in Bengaluru.

He was gradually recovering after being advised to undergo rehabilitation for at least six weeks; on November 25, he started training again, and on December 16, he returned to bowling at the NCA.