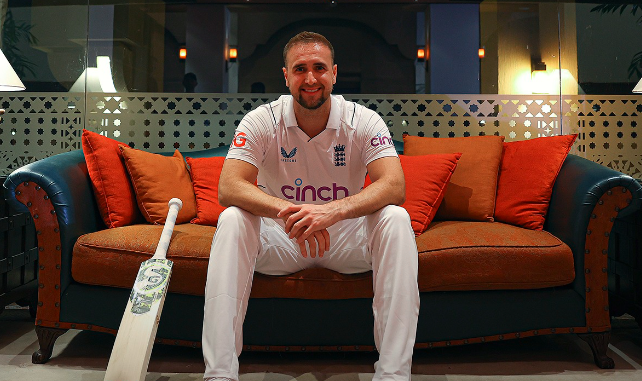 Liam Livingstone will make his England Test debut against Pakistan on Thursday in Rawalpindi. Livingstone, 29, is one of two new faces named by captain Ben Stokes for the first Test against the team that finished the English summer.

Ben Duckett will partner Zak Crawley at the top of the order, replacing Alex Lees, who was dropped for this tour, and will add to his four Test appearances against Bangladesh and India from 2016-17.

Yorkshire batsman Harry Brook retains his No. 5 spot after replacing the injured Jonny Bairstow in the final match of the South Africa series at the Kia Oval.

Livingstone, who was chosen for this tour for his spinner abilities as well as his ball-striking, which has made him a go-to signing on the Twenty20 circuit, last played a competitive red-ball match for Lancashire at the end of the 2021 summer. His first-class batting and pitching averages are both in the high 30s (38.36 and 36.13, respectively).

His selection in the XI is ultimately for his potential, bombastic upside. As head coach Brendon McCullum put it on Monday: "He bowls offspin, legspin, fields well and smacks the ball out of the park - it's hard not to get around a player who plays like that."

Ultimately, the call was between him and Surrey's batting allrounder Will Jacks, who bowls offspin. Livingstone got the nod on account of offering both wrist and finger spin.

"The only real discussion we thought was worth having was whether we go with Jacksy or Livi. I think given the place where Livi's going to play and as that third spinner role, it's quite nice to have someone who turns it both ways. And quite nice the way he applies himself with the bat - very similar to Jacksy, but having that legspin and offspin possibility with Livi was a big plus for us." Stokes said.