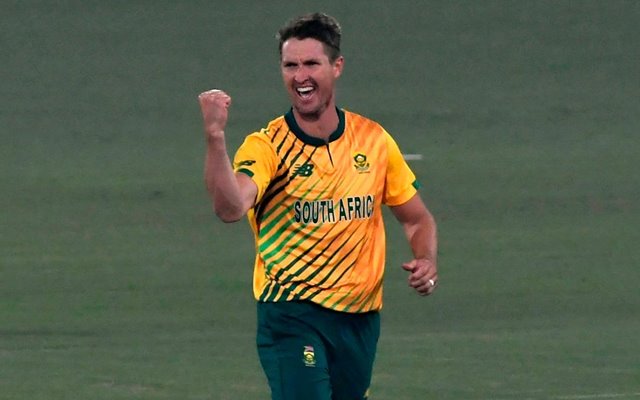 South Africa all-rounder Dwaine Pretorius has been ruled out of the upcoming T20 World Cup, set to be held in Australia.

Pretorius sustained an injury in his left thumb and has also been ruled out of the ODI series against India starting Thursday.

The announcement of his injury was made via Proteas Men's Twitter handle.

“All-rounder Dwaine Pretorius has been ruled out of the three-match ODI series against India and the proceeding ICC Men’s T20 World Cup due to a fracture of his left thumb," CSA wrote on Twitter.

Marco Jansen has got the nod to replace the injured Pretorius ahead of Andile Phehlukwayo. The tall left armer will be a handful in the Australian conditions.

South Africa are all set to play three-match ODI series against India ahead of the T20 World Cup. The second ODI will be held in Ranchi on October 9 and Delhi will play host to the last match on October 11.