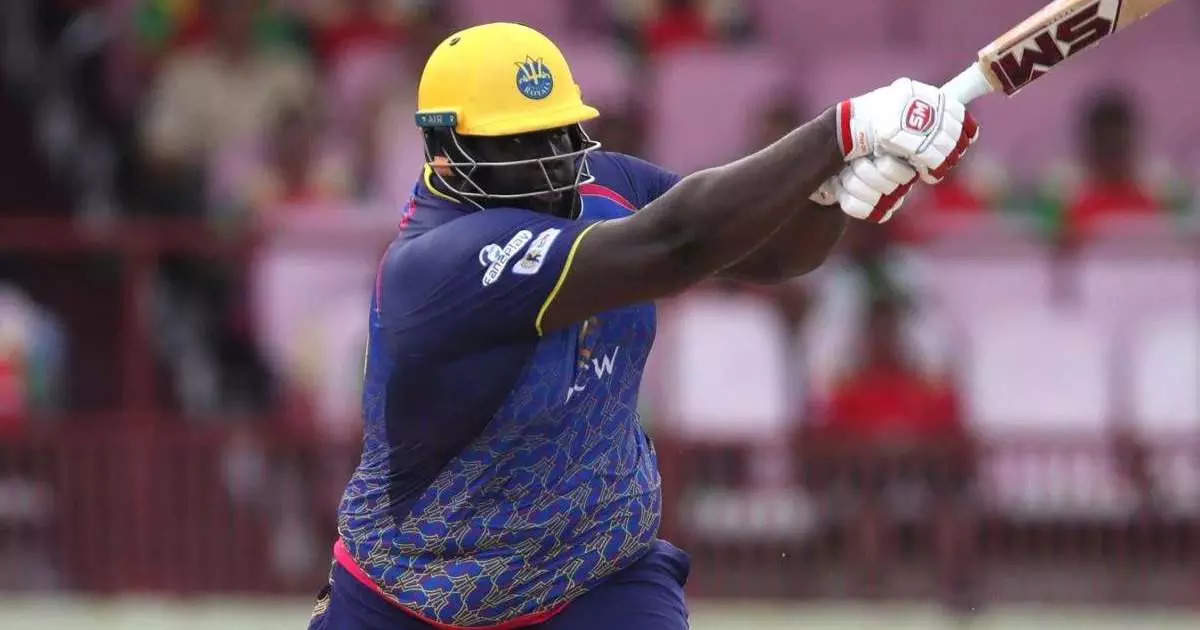 Rahkeem Cornwall, a West Indies Test specialist, made his presence felt with an excellent double century during an Atlanta Open 2022 match between the Atlanta Fire and Square Drive on Wednesday. The tall cricketer struck an unbeaten 205 from 77 deliveries in a stunning knock.

Cornwall's destructive knock included 17 fours and 22 sixes at an outstanding strike rate of 226.23.

Square Drive were absolutely destroyed by Cornwall's attack, which propelled Atlanta Fire to a massive total of 326/1 from their 20 overs. The aim would eventually prove to be much beyond Square Drive's grasp, as they went on to lose the game by a whopping 172 runs.

The Atlanta Fire won the toss and chose to bat first, and the decision proved correct as Cornwall, who opened the innings alongside Steven Taylor, scored the majority of the points.

Before the latter was bowled in the seventh over, the pair had contributed 101 runs for the first wicket. Taylor returned to score a supeb 53 runs off 18 deliveries.

Nonetheless, the Square Drive bowlers had nothing to rejoice at as Pakistan sensation Sami Aslam, who walked out to bat at No. 3, worked in tandem with a well-set Cornwall and took the opposition bowlers to the cleaners. The scoreboard kept ticking as the bowlers failed to rediscover their rhythm.

Cornwall was involved in an unbeaten 225-run stand with Aslam for the second wicket.

In reply, Square Drive were restricted to 154/8, with an amazing four-wicket haul from Justin Dill who finished with figures of 4/14 from his quota of four overs at an impressive economy of 3.50.