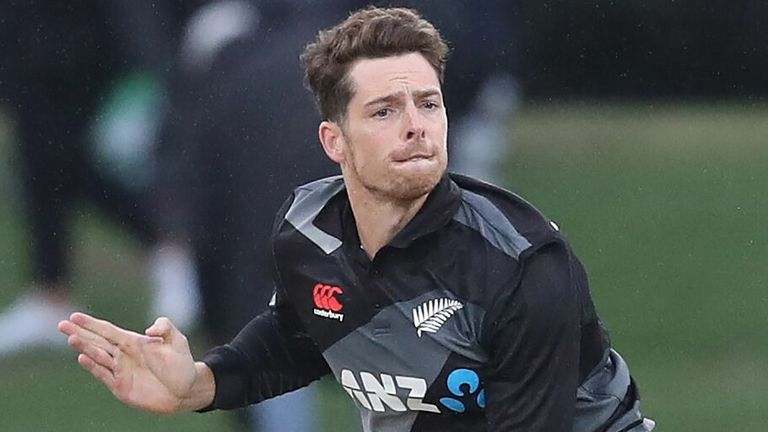 West Indies' season of white ball woe continued on Wednesday when New Zealand completed a 13-run win in the first T20 International of a three-match series at Sabina Park in Jamaica.

Fresh from a successful European sojourn, the Black Caps posted a formidable 185 for five batting first in a rain-interrupted innings before their premier bowlers combined to limit the Caribbean side to 172 for seven in reply.

Since getting the better of Bangladesh 2-0 in a T20I duel, the West Indies have been swept 3-0 by the Bangladeshis and India in successive One-Day International series before going down 4-1 to the Indians in another T20I campaign immediately preceding this assignment.

New Zealand almost paid for a period of complacency towards the end of the match as an explosive unbroken 58-run eighth-wicket partnership between Romario Shepherd (31 not out) and Odean Smith (27 not out) gave the hosts a glimmer of hope after they had crashed to 114 for seven in the 16th over.

But they were left with too much to do as “Man of the Match” Mitchell Santner’s haul of three for 19 ripped the heart of the West Indies batting as he claimed the wickets of captain Nicholas Pooran first ball before adding Shimron Hetmyer and top-scorer Shamarh Brooks (42) to his list of victims.

"It was a bit surprising to see as much spin on this deck," said the left-arm spinner after receiving the award. "Bowling the right lengths is key against these guys because with the power they possess they can smash you away pretty easily."

New Zealand were set on their way after being put in to bat with an opening stand of 62 between Devon Conway and Martin Guptill. Skipper Kane Williamson’s 47 off 33 balls kept the innings rolling along either side of the rain interruption but it was the late impetus from Jimmy Neesham, who belted an unbeaten 33 off just 15 balls with three fours and two sixes, which pushed the tourists to a target which ultimately proved to be just beyond the reach of the bludgeoning Shepherd and Smith.

For Smith the match was a personal triumph as his batting effort followed career-best T20I figures of three for 32.

"Winning or losing can be contagious and the problem is we are losing at the moment," said a downbeat Pooran in reflecting on yet another setback in the countdown to the World T20 in October in Australia, where the two-time champions will have to get through a qualifying round first.