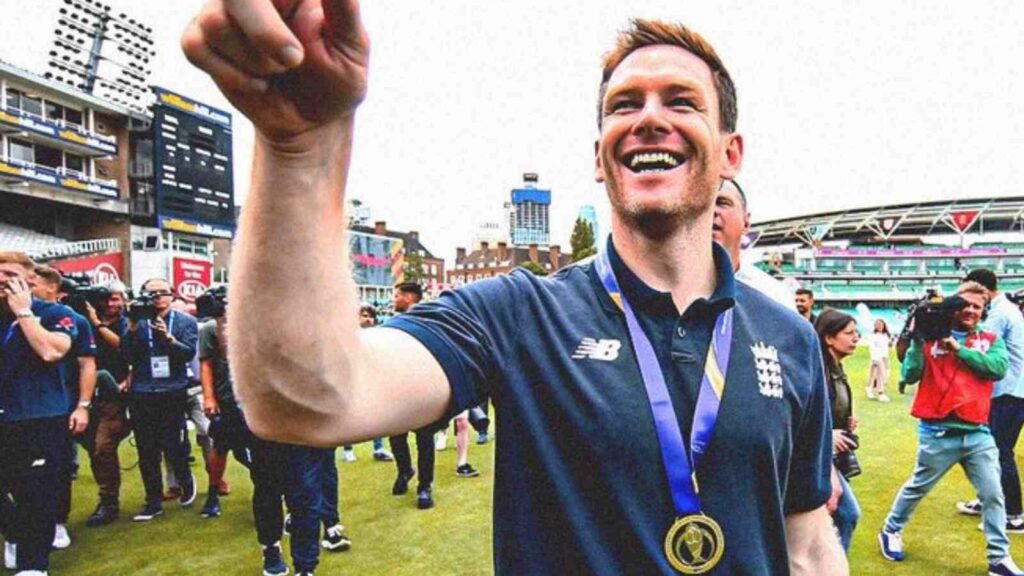 Eoin Morgan may be England's all-time leading run-scorer in one-day and Twenty20 cricket, but the World Cup's winner game-changing impact on the team was measured in more than just figures.

Morgan, 35, announced his international retirement on Tuesday at Lord's, where he captained England to their memorable World Cup final win against New Zealand in 2019.

That thrilling victory was the culmination of Morgan's white-ball revolution as he oversaw a complete change in attitude towards the limited-over game in his adopted country.

Always his own man, the Dublin-born Morgan rose rapidly through the ranks of Ireland cricket, becoming known for his unorthodox shot-making.

But with Ireland not then a Test nation, he made no secret of his desire to qualify for England and made his debut for Middlesex a week after his 19th birthday.

The left-hander was equally decisive when he stood down from Test cricket after playing the last of 16 matches in the longer format in 2012 when he realised there was no chance of a red-ball recall.

By concentrating on limited-overs internationals, Morgan became England's all-time leading scorer in ODI and T20 cricket with 6,957 and 2,458 runs respectively.

His tally of 225 ODI appearances and 115 T20Is is another England record, but it was as a ground-breaking captain that Morgan had his greatest impact.

Appointed on the eve of the 2015 World Cup after the selectors dispensed with Alastair Cook, he led England to a miserable first-round exit sealed with a woeful defeat by Bangladesh.

Just under three months after being thrashed by New Zealand at the World Cup in a match where McCullum hit 77 from only 25 balls, England turned the tables on the Black Caps by smashing 408-9 in a 210-run win at Edgbaston. 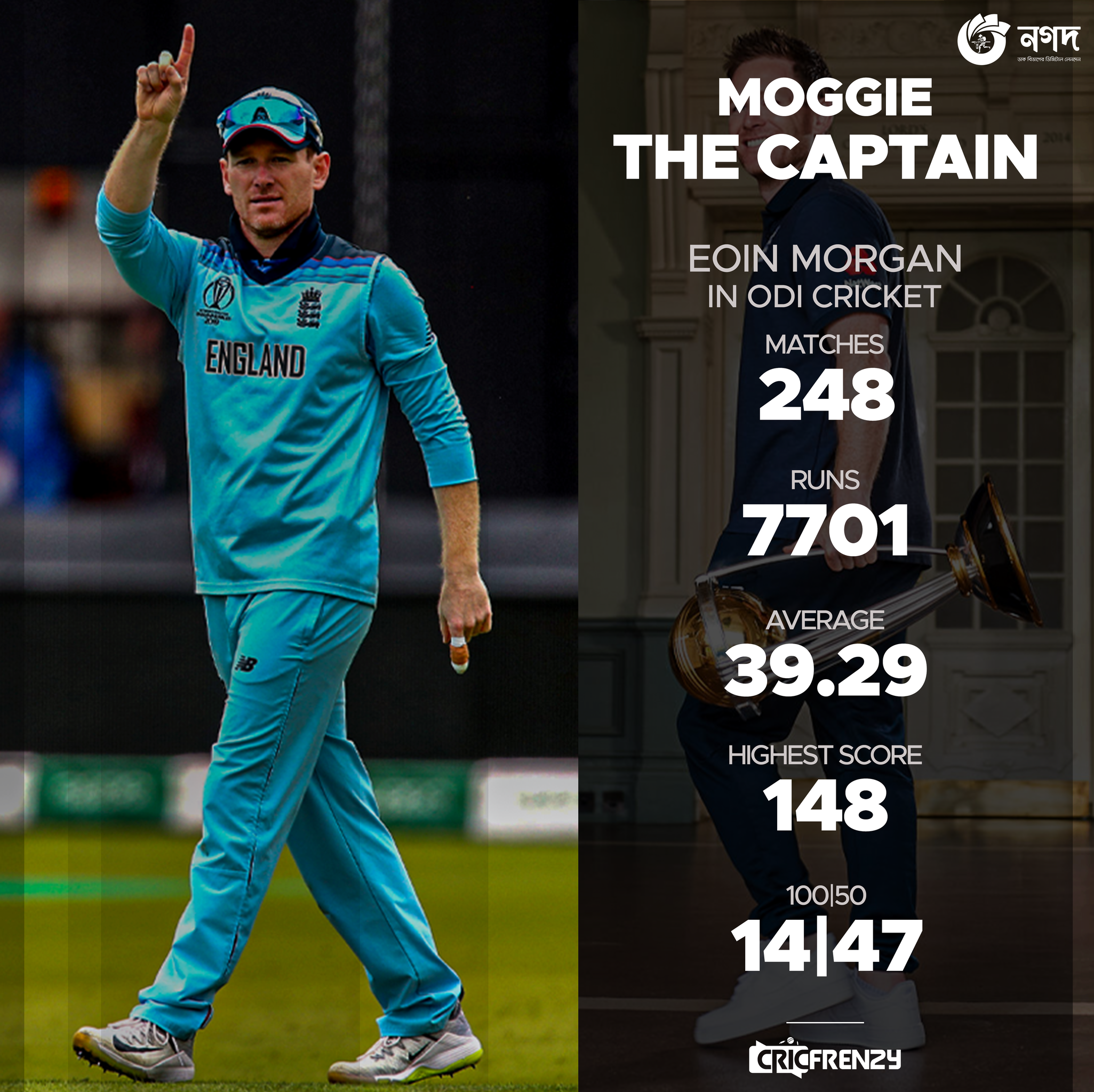 Morgan, with the support of coach Trevor Bayliss -- the Australian was drafted into the England set-up after the 2015 debacle -- presided over 16 wins from 20 bilateral series during the four years between World Cups.

England in that time climbed to number one in the rankings, with the likes of Jos Buttler, Jason Roy, Jonny Bairstow and Ben Stokes buying into Morgan's policy of fearless attacking cricket.

Morgan was also adept in the field, his sensitive captaincy allowing leg-spinner Adil Rashid to flourish.

The skipper also wisely had a calming word with Jofra Archer after the fast bowler sent down a wide at the start of a Super Over that ended with England beating New Zealand in the World Cup final.

In a nod to the Muslim faith of Rashid and England team-mate Moeen Ali, Morgan also acknowledged the team's diversity after that match by saying "Allah was with us".

Morgan also had a ruthless streak, as evident by the way big-hitting batsman Alex Hales has remained in England exile since testing positive for recreational drugs in the build-up to the 2019 World Cup as a result of what the captain said was a "breakdown in trust".

There were setbacks, notably a 2016 T20 World Cup final defeat by the West Indies, while his own form has declined during the past year.

Morgan was twice out for nought during the recent ODI series in the Netherlands and has made just two fifties from his past 28 international innings across the two white-ball formats.

Morgan's legacy, however, remains secure, with former England captain Nasser Hussain telling Sky Sports: "Eoin has been the most influential white-ball cricketer England have ever had.

"He's been our best white-ball captain, and he has been a fantastic player.

"And he gave us the best moment in English white-ball cricket that we've ever had, at Lord's. A lot of it was down to the skipper."