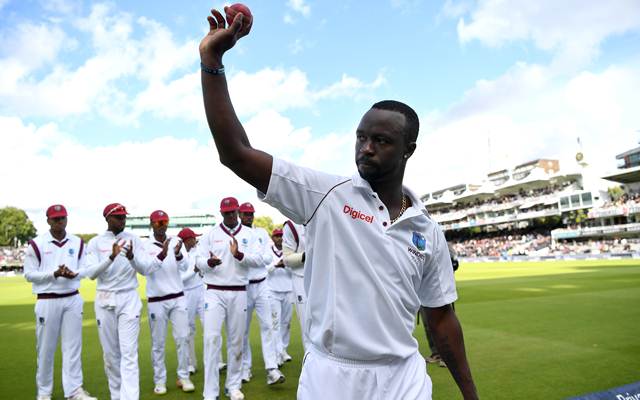 West Indies head coach Phil Simmons heaped praises on Kemar Roach for completing 250 Test wickets and said that he guided the fast bowlers to mature quickly through his experience.

“(Roach) is helping the fast bowlers to mature quicker. I think he has an exceptional influence on all the young fast bowlers. He has taken his role as the senior pro very seriously. It shows on the field. You can see him talking to them, who are trying to do the right things all the time. I think his influence has been massive to these young fast bowlers”, said Simmons.

Simmons credited fast bowlers for taking wickets on the slow pitches and said it was the biggest gain for the West Indies from their 2-0 win over Bangladesh.

“The first (Test) wicket wasn't conducive to fast bowling but we got them out for low scores. In this Test match, to get them bowled out on the first day on a comparatively slow wicket, gave us the driver's seat. The fast bowlers deserve a lot of credit,"

“We have worked hard in the two series, and come out victorious. This one maybe wasn't as hard as the first one, the important thing is that at the end of the day, the W is behind the two Tests. We won 2-0 in Bangladesh in 2021 as well. You have to take all those things, and sit back and enjoy it," he said.

The head coach praised newcomer Kyle Mayers for his all-round performance, he struck his second Test century in St Lucia.

"He brings in the wicket-taking factor. He is not express, but he puts the ball in the right areas. If he bats normally, he scores quickly in all three formats. I have to get him to understand that he needs to bat normally. Once we get that, he is going to be a force to be reckoned with," he added.