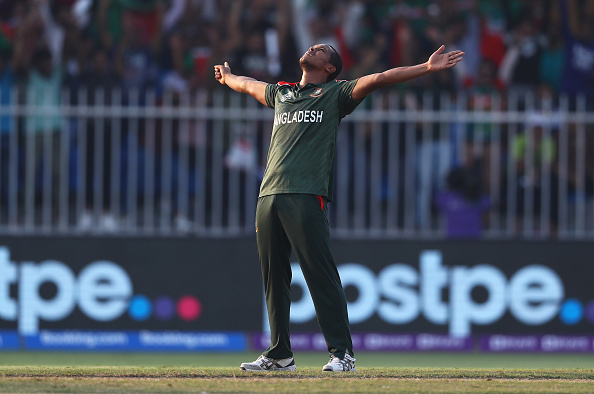 Bangladesh all-rounder Mohammad Saifuddin has been ruled out of the West Indies series with a back injury.

According to a source from Bangladesh Cricket Board (BCB), Saifuddin was declared to be unfit by the BCB medical team.

Saifuddin had to return from the T20I World Cup in UAE last year due to a back injury. He was picked for the West Indies tour after he went through a fitness test at Chattogram before the first Test between Bangladesh and Sri Lanka.

Earlier, Yasir Ali Rabbi was also ruled out of the West Indies tour as he suffered a back injury during the three-day warm-up match against the West Indies.

A subsequent MRI scan revealed Discogenic Back Pain on the Lumbar spine and he was expected to be back in action time for the ODI and T20 international series.

Yasir is expected to return to the country and continue his recovery under the supervision of the BCB Medical Team.