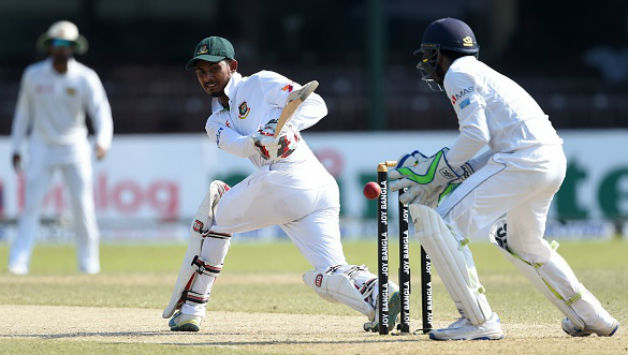 Bangladesh Test captain Mominul Haque believes there will be no problem with a spin attack in the presence of Shakib Al Hasan and Taijul Islam.

Mominul said that Mosaddeq Hossain has a high chance to play the second Test. He also said if he plays, his role will be different.

"No decision has been made yet. He (Mosaddek) is more likely to play. If you look at our spin attack, the last one-and-a-half years have been bowling very well. Shakib Bhai also bowled well in the last match. If Mosaddek plays, his role will be a little different,"

"I think if Mosaddek plays, he should be used very well, wisely. Since Shakib Bhai and Taizul are there, I am very confident about them. I hope there will be no problem,"

Mosaddek was last featured in a Test for Bangladesh against Afghanistan in 2019.