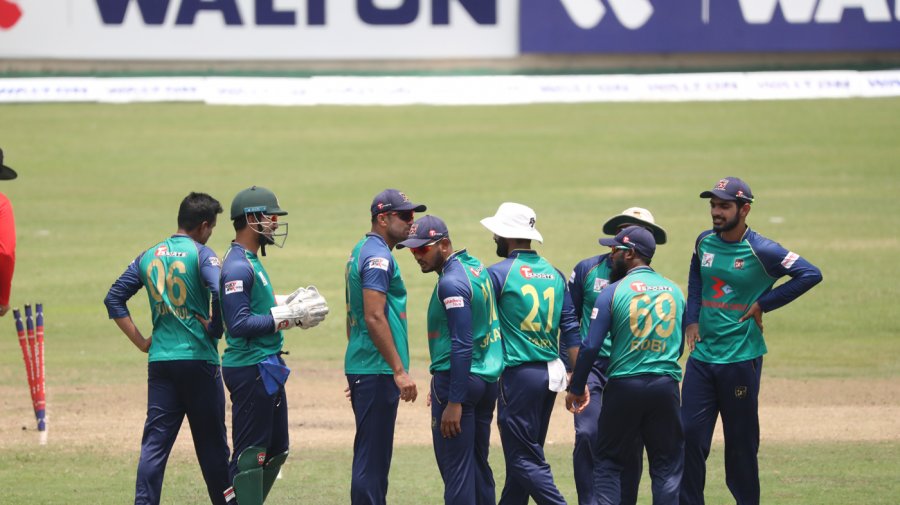 Nurul Hasan Sohan's unbeaten run-a-ball 81 at Mirpur today helped Sheikh Jamal overcome Abahani by four wickets and win the Dhaka Premier League for the first time since the event was elevated to List A status in 2013.

Sohan rescued his side from a hazardous 150 for six when he put together an unbeaten 82-run seventh-wicket stand with Ziaur Rahman to enable Sheikh Jamal get over the line with three overs to spare, chasing a 230-run mark set by Abahani.

With this win, the Dhanmondi-based club ensured the title with a game in hand.

Tawhid Hridoy's half-century, along with forties from Jaker Ali and Mohammad Saifuddin, helped Abahani reach 229 runs after winning the toss. When the score reached 78, Sheikh Jamal lost five wickets, but Nurul's courageous knock brought them over the line.

Before returning to the pavilion, Parvez Rasool contributed 72 runs for the sixth wicket with Nurul Islam. He scored 33 points out of a possible 40.

Nurul, on the other hand, occupied one end and contributed another 82 runs with Ziaur Rahman to help Sheikh Jamal win the match.

Nurul had a perfect score of 81 out of 81. In the previous match, he also had a fantastic hundred. Ziaur scored 39 off just 26 balls, including four fours and two maximums.