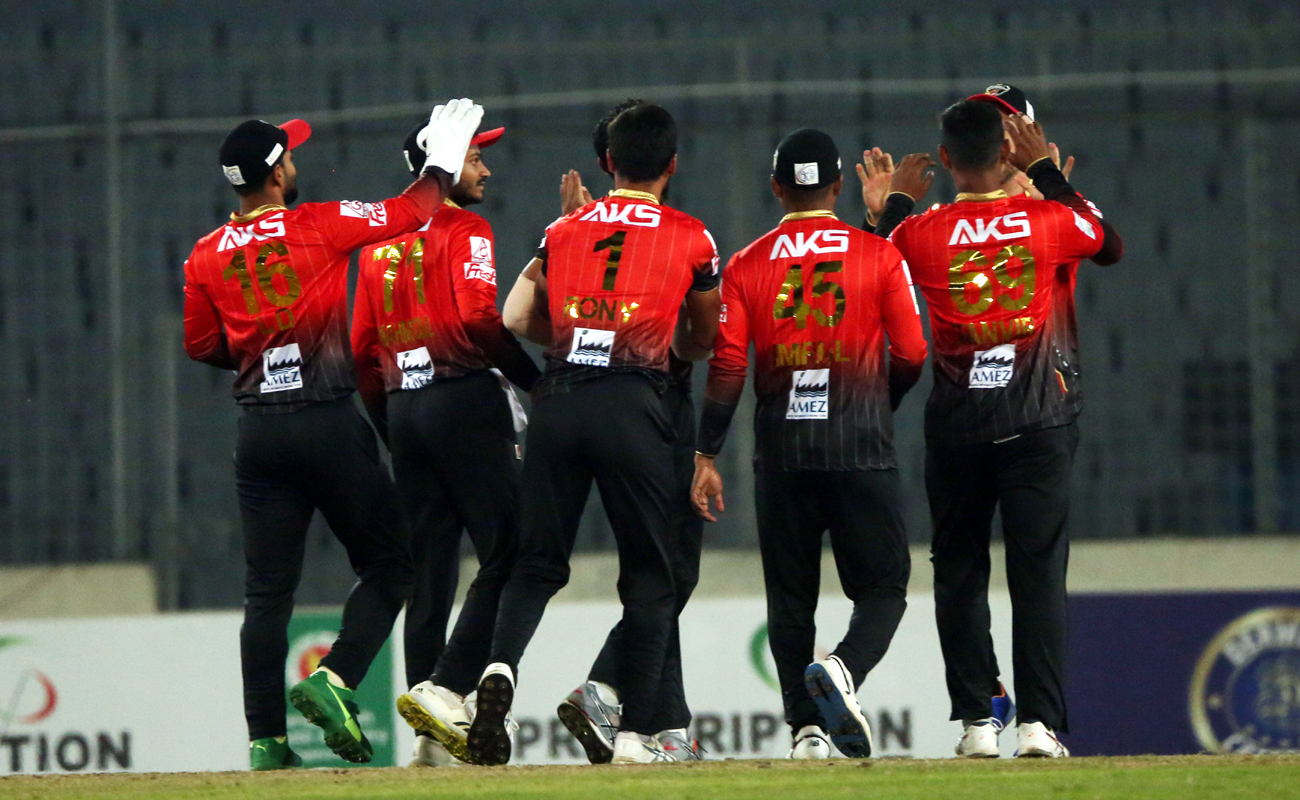 Comilla Victorians have clinched their third Bangabandhu Bangladesh Premier League title as they beat Fortune Barishal by a single run in a thrilling final contested at the Sher-e-Bangla National Stadium in Mirpur Friday.

Comilla's pacer Shohidul Islam has pulled off a successful over by defending ten runs in the final over and three runs off the last ball. Barishal were restricted to 150 for eight after 20 overs while chasing 152 runs.

During the chase, Barishal relied on Shykat Ali's magnificent 34-ball 58-run performance, while Chris Gayle anchored the innings with a run-a-ball 31. Shakib Al Hasan's side, though, fell short of the mark in the nail-biter finale due to quick wickets in the middle.

Sunil Narine and Tanvir Islam bagged two wickets each while Mustafizur Rahman and Shohidul Islam scalped one apiece for Comilla.

Earlier, despite opener Sunil Narine's scorching fifty, Comilla were unable to capitalise on the fast start and were eventually bowled out for 151 for 9 in 20 overs after deciding to bat.

Narine picked up where he left off in the second Qualifier, striking four sixes and two fours in the opening two overs of the innings to help his team score 36 runs.

Liton Das, on the other hand, got out after scoring four runs off Shakib Al Hasan's bowling, while Narine maintained his pace to reach his fifty in just 21 deliveries.

Mehedi Hasan Rana eventually dismissed the West Indian after a 23-ball 57 that included five maximums and five fours, but the foundation had been established for Comilla, who appeared to be in good shape at 73 for 2 after the Power-play.

Barishal, on the other hand, responded with conviction, resulting in a flurry of wickets as Comilla collapsed to 65 for six after 10.3 overs.

After Moeen Ali and Abu Hider Rony stitched a 54-run partnership for the seventh wicket, Comilla were able to break the 150-run barrier. Moeen was run out after scoring 38 runs in 32 balls, while Rony was eliminated after scoring 19 runs.