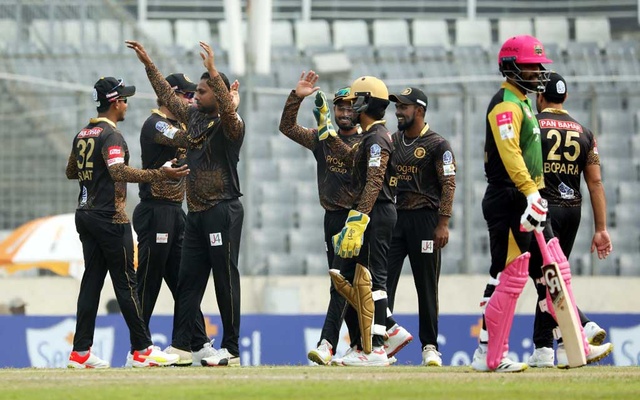 Bangladesh former captain Mashrafe Bin Mortaza returned to competitive cricket after 402 day’s absence, but his presence could not help Dhaka in their BPL match against Sylhet Sunrisers at Mirpur on Tuesday as they were defeated by Sylhet by seven wickets.

Dhaka could only manage 100 runs after being invited to bat, and were bowled out in 18.4 overs, with skipper Mahmudullah top-scoring with 33 and Shuvagata Hom adding 21.

Sylhet cruised to victory, losing only three wickets and needing only 17 overs to complete the mark.

Sylhet's best scorer was Anamul Haque, who had 45 points. While Mashrafe didn't get much help from the other end, he showed his mettle by taking two wickets for 21 runs, including Lendl Simmons and Anamul.

Mashrafe last appeared in a competitive match for Khulna in the Bangabandhu T20 Cup in December 2020. Mashrafe had gone wicketless for 40 runs and scored only five runs in the competition final on December 18.