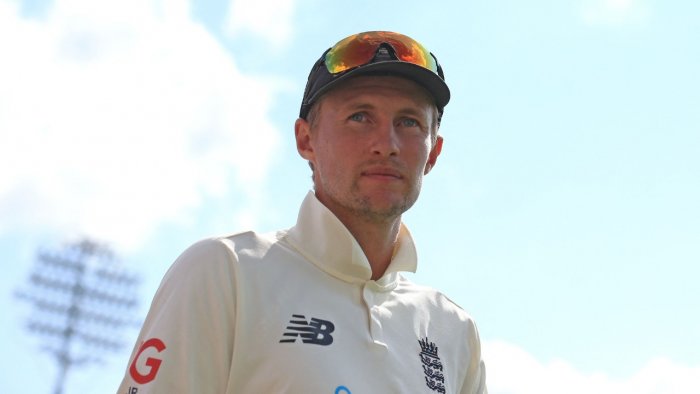 England captain Joe Root said he was gutted Monday to lose another Ashes Test but would take confidence from the way his side battled to take the day-night clash in Adelaide to the final session.

The visitors, spearheaded by a fighting 26 off 207 balls from Jos Buttler, batted through two sessions on day five after resuming on 82 for four chasing a nominal 468 to win.

They ultimately succumbed to be all out for 192, crashing to a humbling 275-run defeat on the back of a nine-wicket loss in the first Test at Brisbane.

But Root said he saw enough in that rearguard action to believe England could reverse their downward slide in the third Test in Melbourne, which begins on Sunday.

"We have to believe, we need to learn and learn fast. We can't make the same mistakes that we have done," he said.

"But I absolutely believe that if we have that same attitude that we went about things today, I'm convinced we have what it takes to win Test matches over here.

"But we're not going to if we keep missing chances and don't give ourselves an opportunity to get into a Test match with the bat."

England suffered batting collapses that cost them the matches in both Brisbane and Adelaide, something Root acknowledged.

"We've got to find ways to build big partnerships, get in, and that's something we will have to do very well at Melbourne.

"But a lot of today has given me a lot of confidence moving forward."

After losing the toss, Root's side saw Australia build a wining position with a massive first innings 473 for nine declared.

Root said part of the problem was that his bowlers, led by veterans Jimmy Anderson and Chris Broad, were not hitting the right spots, an issue he wants to see fixed by the next Test.

"If you look at the first innings in particular I thought we were just a little bit short with the ball, we didn't challenge them enough, we allowed them to leave and they did that very well again," he said.

"We need to be variable, get the ball up there -- as soon as we did that in the second innings we created chances, we looked dangerous."

England went into the match with an all-pace attack after dropping spinner Jack Leach, despite the Adelaide pitch offering turn and bounce.

Root refused to refused to concede England picked the wrong team, but said lessons had been learned.

"It's easy to look at selection and tactics, but we'll address those ahead of the next game," he said.