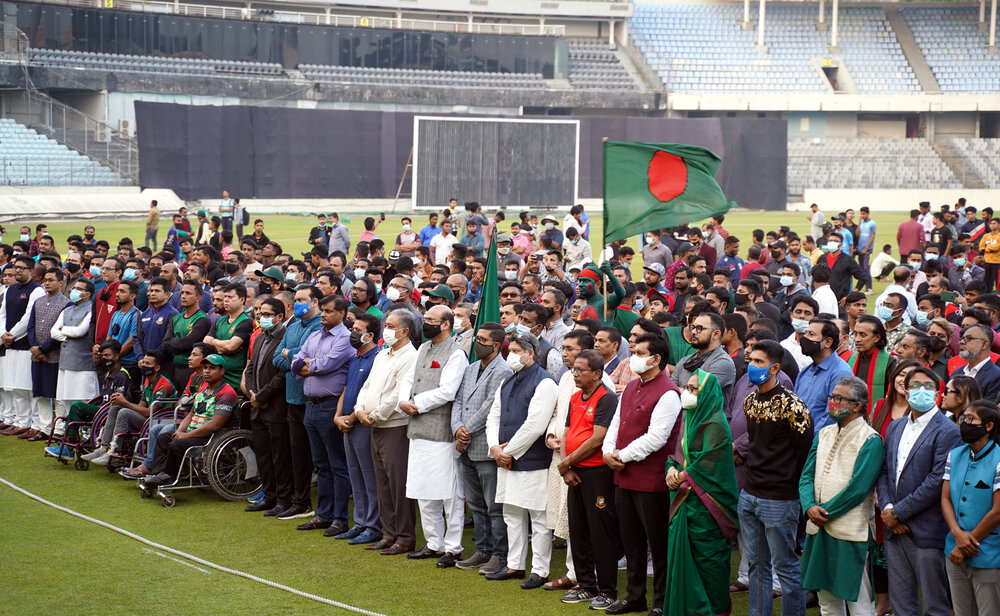 Every year, the Bangladesh Cricket Board commemorates Victory Day by hosting an exhibition match between Shaheed Jewel and Shaheed Mushtaque XIs.

As part of the Father of the Nation, Bangabandhu Sheikh Mujibur Rahman's birth centenary and the Golden Jubilee of Bangladesh's independence, Prime Minister Sheikh Hasina administered the oath to the nation.

During the oath ceremony, former cricketers, Bangladesh T20I captain Mahmudullah, BCB president Nazmul Hasan, members of the Bangladesh women's team, U-19 side, and wheelchair cricket team, board directors and officials, and others joined the players of the two sides - Shaheed Jewel and Shaheed Mushtaque XIs.

People from all walks of society across the country joined the oath at 4:30pm.