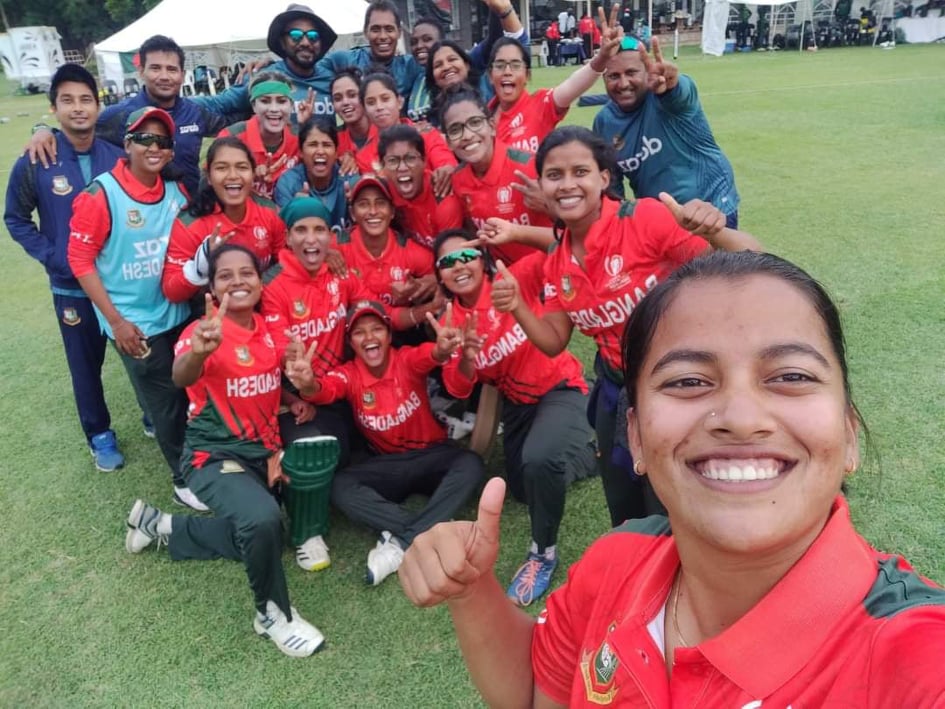 Rumana hit 50 off 44 which featured six boundaries and Salma was unbeaten on 18 off 13 deliveries aided by two fours.

Chasing a mediocre target of 202 runs Bangladesh got off to a good start with Sharmin Akhter (31) and Fargana Hoque’s (45) partnership of 70 runs for the second wicket.

Fargan was five runs short to hit a half-century as the batter was axed by Nida Dar on 45 off 90.

Then Ritu Moni played an innings of 33 runs in 37 balls hitting five boundaries. Subsequently, Rumana lead the side from the front to register their first victory in the tournament.

Earlier, Pakistan women scored 201 runs for the loss of seven wickets after the allotted 50 overs.

Bangladesh bowlers kept them under pressure by taking regular wickets, Pakistan suffered 5 wickets to reach the 50 run-mark. Then Nida Dar, the highest run-getter for Pakistan put on 137 runs with Aliya Riaz for the sixth wicket stand.

Nida scored 87 runs from 111 deliveries, hitting 8 fours and a couple of sixes while Aliya hit 61 off 82 balls with four boundaries and two sixes.

Ritu Moni and Nahida Akhter bagged a couple of wickets, while Rumana and Salma got one wicket each.