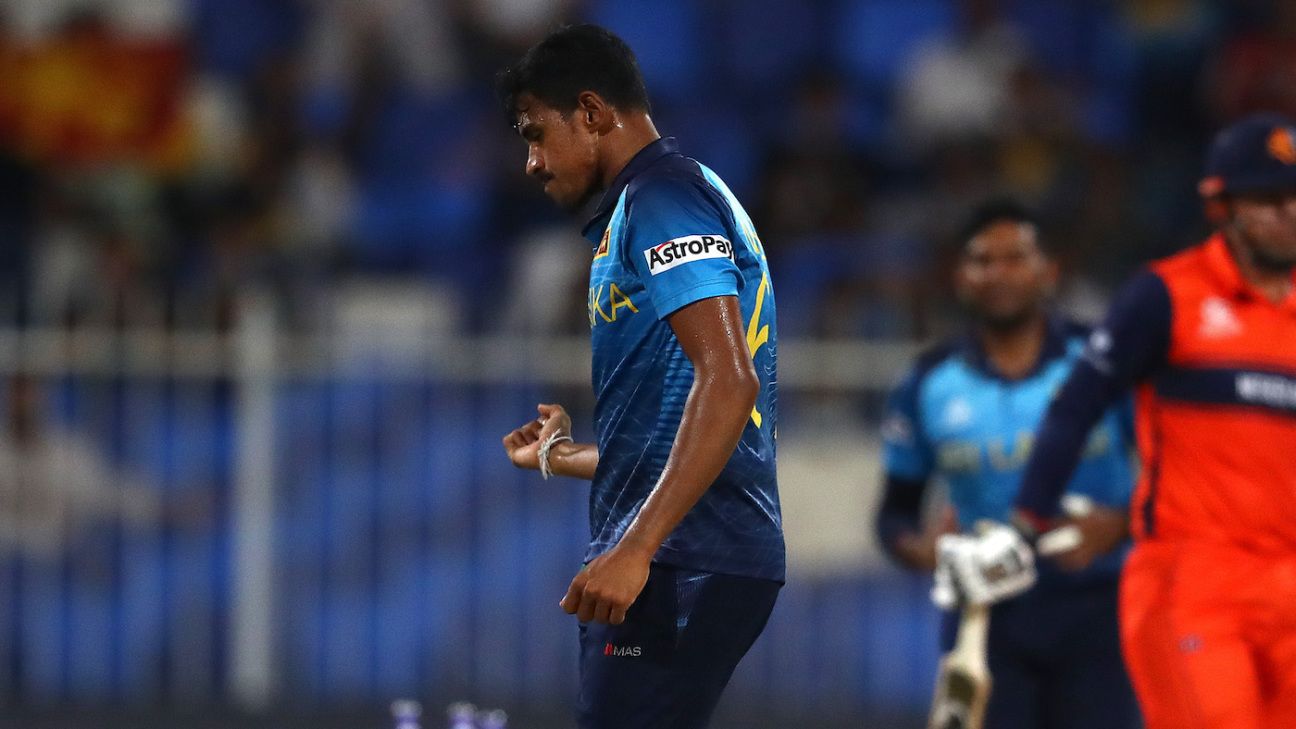 Sri Lanka skipper Dasun Shanaka informed the 21-year-old mystery spinner suffered back injury in the Friday’s qualifying Group A match against the Netherlands.

"We are still monitoring his condition. We will talk to the physio today during our training and then make a decision accordingly," said Shanaka in the pre-match press conference today.

Earlier, Sri Lanka batter Bhanuka Rajapaksa maintained that they are not willing to take risk regarding Theekshana.

"The physios have said the decision might be to leave him for the next game. We don't want to risk it by playing him and then him not playing in the rest of the series. For the moment he will be missing the next game as far as I know. It's not 100% decided yet, but most probably, he will miss the first game and then play the rest of the games," Rajapaksa said.

Theekshana scalped eight wickets in three games in the qualifying stage for the side.