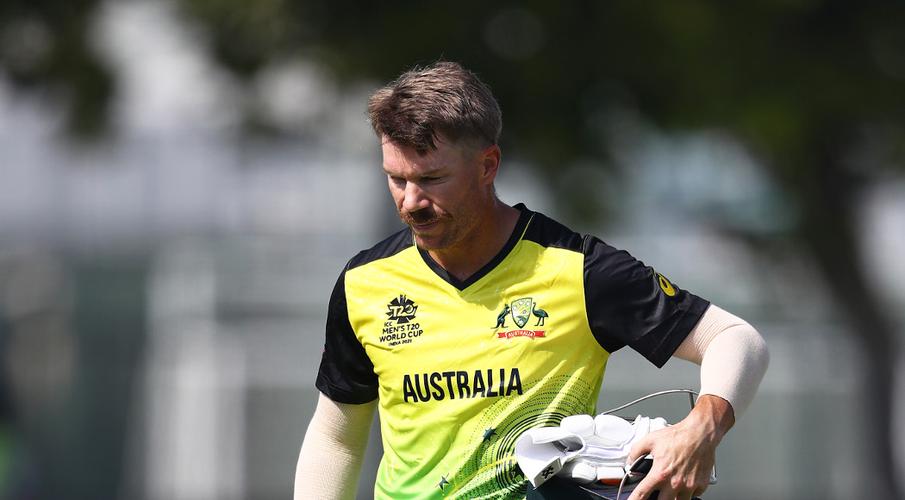 Australia will look for misfiring David Warner to rediscover his form against South Africa in the opening second round game of the T20 World Cup on Saturday.

Australia and South Africa, who are both chasing their first T20 world title, get the Super 12 stage underway at Zayed Cricket Stadium in Abu Dhabi.

Defending champions West Indies then face England in Dubai in a repeat of the 2016 final in Kolkata.

Warner is a proven match-winner but has endured a miserable time in the format recently.

He was dropped by his Sunrisers Hyderabad team at the recent IPL, also played in the UAE.

"I think, if you look at his World Cup history, he's just bloody good. Would he have liked more runs? Absolutely. Everyone would like more runs all the time.

"He's one of the greatest players that Australia has ever produced, and I've got no doubts that come Game 1 he'll be up and firing and ready to go."

Warner has scored more runs in T20s against South Africa than any other country with 457 from 14 matches. His average is a commendable 35.35.

South Africa are without AB de Villiers, who confirmed his retirement from international cricket earlier in the year, and former captain Faf du Plessis, who was available but not selected.

However, the team is on a streak of seven successive T20 international wins, encompassing series victories against West Indies, Ireland and Sri Lanka – all achieved away from home.

Skipper Temba Bavuma is hoping to break a long-running history of failure at ICC events since the country won the ICC Knock-Out Trophy, forerunner of the Champions Trophy, in 1998.

Since then they have played in 19 tournaments, reaching the semi-finals nine times without going on to a final.

"We understand that our fans, our media, are quite unforgiving," Bavuma said.

"As a team we have come under heavy attack from the media over the last couple of years.

"We will keep as we have been doing, stay together as a team, as a family."

West Indies skipper Kieron Pollard, meanwhile, has revealed that his team have been watching footage of their dramatic 2016 World Cup success.

"As a team we actually saw it last night and it brought goosebumps back to us," said Pollard of the famous final win over England five years ago.

England were on the brink of victory in Kolkata only for Carlos Brathwaite to hit four sixes in a row off Ben Stokes in the last over to give West Indies their second T20 world title.

"For us to be in that situation and get over the line, it shows the never-say-die attitude. As a team, we look forward to trying to replicate winning the entire tournament. Those sorts of moments stick with us."

England captain Eoin Morgan said there will be no scars from that loss as his team try to add the T20 global crown to the 50-over World Cup they won under his leadership two years ago.

"I think if there were scars we would have lost a lot of players who wouldn't have progressed like they have done over the last four or five years," insisted Morgan.

There are 12 teams left in the tournament, split into two groups with the top two in each progressing to the semi-finals.

The final is in Dubai on November 14.