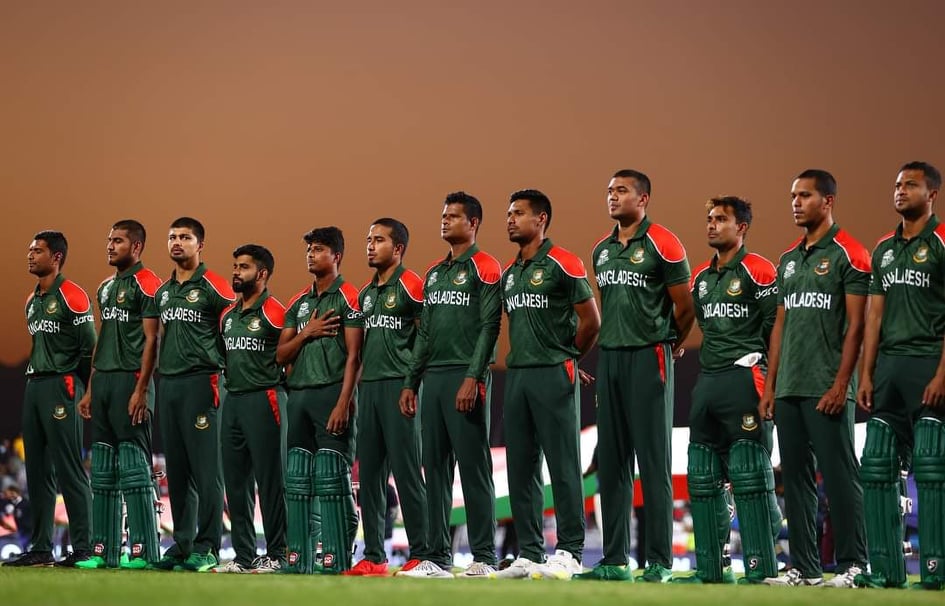 The Tigers qualified for the Super 12 stage as Group B runners-up in the qualifying round, and will be placed in Group 1.

Scotland finished the first round with six points after winning all three of their matches, and will now compete in Group 2 of the main tournament.

Bangladesh has four points from three qualifiers and will face Australia, the West Indies, South Africa, England, and the first-round Group A champion, most likely Sri Lanka.

Bangladesh's cricket team will fly out of Oman on Friday and arrive in Dubai the same day.

Bangladesh's first match will take place in Sharjah on Sunday against the Group A champion from the qualifiers.

The Red and Green will then face England in Abu Dhabi on Wednesday before returning to Sharjah on October 29 to face the Windies.

The Tigers will finish their Super 12 season on November 2 and 4 in Abu Dhabi and Dubai, respectively, against South Africa and Australia. Group 1's top two teams will proceed to the semi-finals.