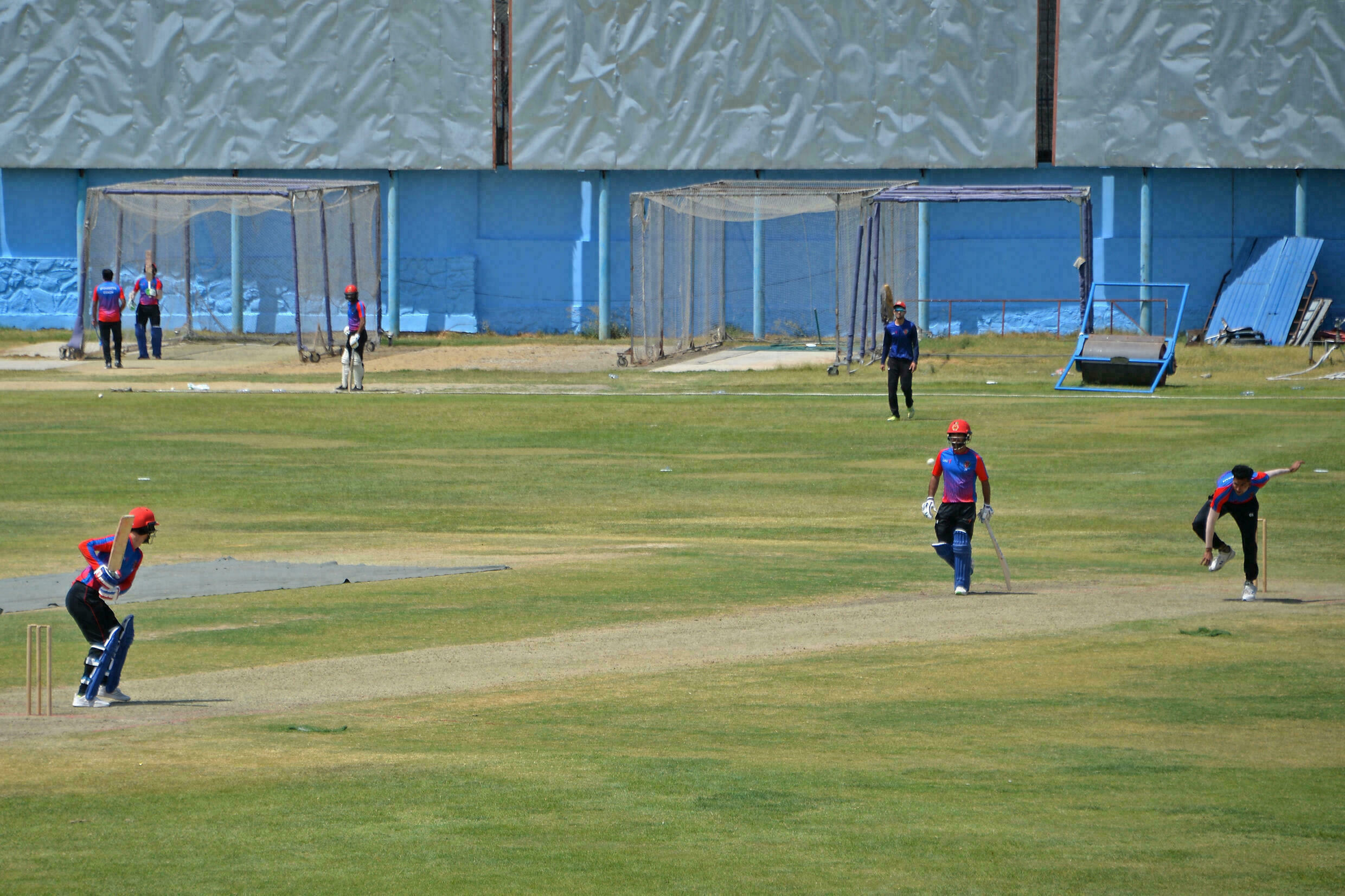 The crack of bat on ball echoes around Kabul's international stadium as Afghanistan's top cricketers prepare for their next tour -- just days after the country fell to the Taliban.

The calm of the empty stadium is a surreal contrast to scenes just a few kilometres north, where tens of thousands of Afghans at Kabul airport are desperately trying to flee on evacuation flights.

Following the stunning victory of the hardline Islamists, many of the players in cricket-mad Afghanistan's beloved national team are finding it difficult to focus on sport.

"The fear is there in their eyes, in their voices, even in their messages," pace bowler Naveen-ul-Haq said of his teammates in Kabul during a BBC radio interview broadcast at the weekend.

"The Taliban have said (they) won't be troubling any sportsman, but nobody knows," added Haq, speaking from the West Indies where he plays in the Caribbean Premier League. 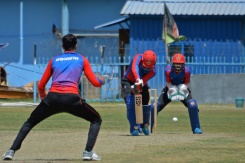 The return of the Taliban has sparked widespread fear in Afghanistan and in the international community, reviving memories of their brutal first stint in power from 1996 to 2001 when they imposed a harsh version of Islamic law.

They banned most forms of entertainment -- including many sports -- and stadiums doubled as public execution venues.

They did not mind cricket, however, and the game born centuries ago on the playing fields of England is popular among Taliban fighters too.

That has done little to ease the fears of many players, for whom the fall of the country is about a lot more than the sport.

"I appeal to the leaders of the world; please don't let Afghanistan go into chaos," former national captain Mohammad Nabi tweeted days before the fall of Kabul, as the Taliban were rapidly capturing territory.

"We need your support. We want peace."

'More than a game'

Cricket was barely known in the nation until the early 2000s, and its explosive rise in popularity was linked with conflict -- the sport was picked up in Pakistan by Afghan refugees who then seeded it in their home country.

But the national team has enjoyed a meteoric rise on the international scene since then, gaining coveted Test status in 2017 and now ranked among the top-10 sides in the world in the one-day and Twenty20 formats. 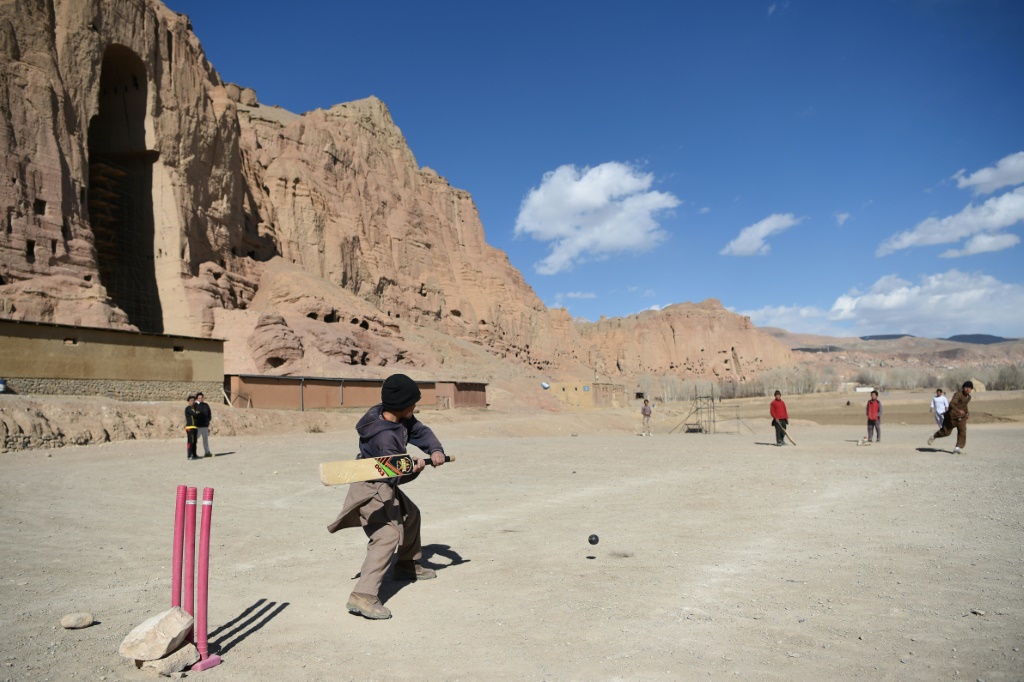 In the last 20 years, it has also emerged as a powerful symbol of national unity in a country riven by civil war and ethnic conflict.

"If you find positive news, if you see people happy together, it's only cricket... that brings it to the country. It's that important to Afghanistan," Haq told the BBC.

"It's more than a game for Afghanistan's people."

That connection with national identity was visible on Afghanistan's independence day -- August 19, less than a week after the fall of Kabul.

Afghan cricketers marked it by tweeting pictures and emojis of the tri-colour national flag, which the Taliban have replaced with their white banner in areas under their control.

All-rounder Samiullah Shinwari had earlier tweeted a photo with the date of the Taliban takeover of Kabul -- August 15 -- and the words: "The day Afghans lost their country and the whole world just watched."

For the Afghan players currently outside the country, there are fears for their loved ones back home.

The family of Rashid Khan -- Afghanistan's biggest cricket star -- can't leave the country, according to former England star Kevin Pietersen, who spoke to him last week during a tournament in Britain.

"We had a long chat here on the boundary talking about it and (Khan) is worried: he can't get his family out of Afghanistan," Pietersen told Sky Sports.

There are positive signs. On Sunday, the Afghanistan Cricket Board tweeted pictures of its newly reappointed chairman to indicate it would be business as usual.

Despite the uncertainty, Afghanistan's cricket authorities have said their upcoming series against Pakistan, to be played in Sri Lanka, will go. 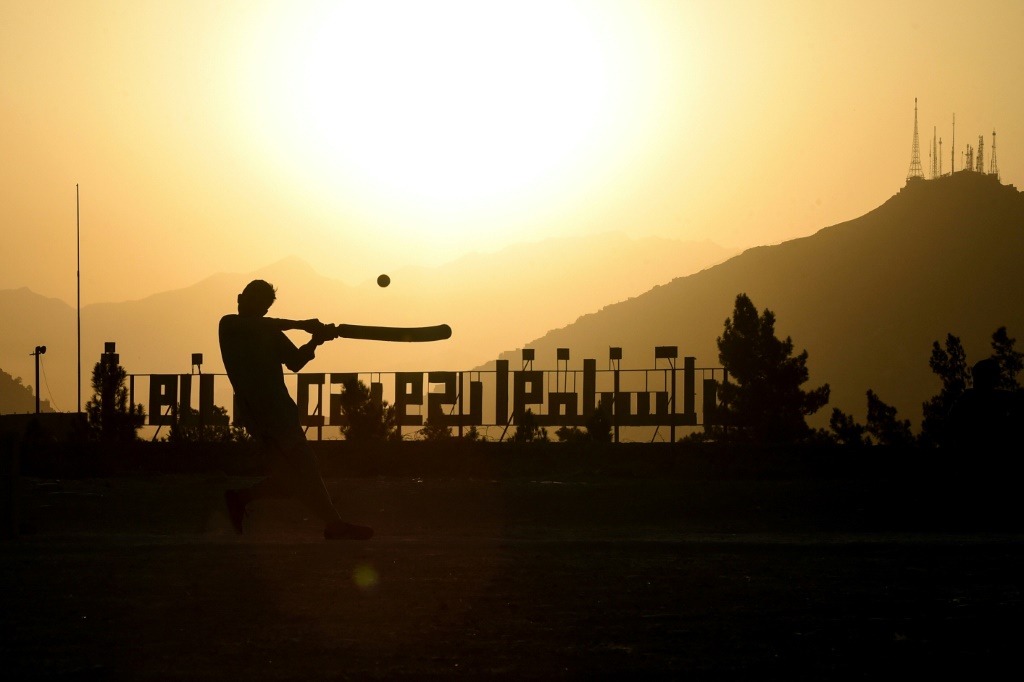 With no commercial flights operating from Afghanistan, an official said the team would drive to Pakistan and fly out from there.

But even for those who are able to play away from Afghanistan, such as Naveen-ul-Haq in the West Indies, the images from home are difficult to ignore.

"You forget about it for a minute or two to focus on cricket but it jumps into your mind again," he told the BBC.

"I can't say that I will be fully focused on playing only cricket because you can't when you see your country like that."