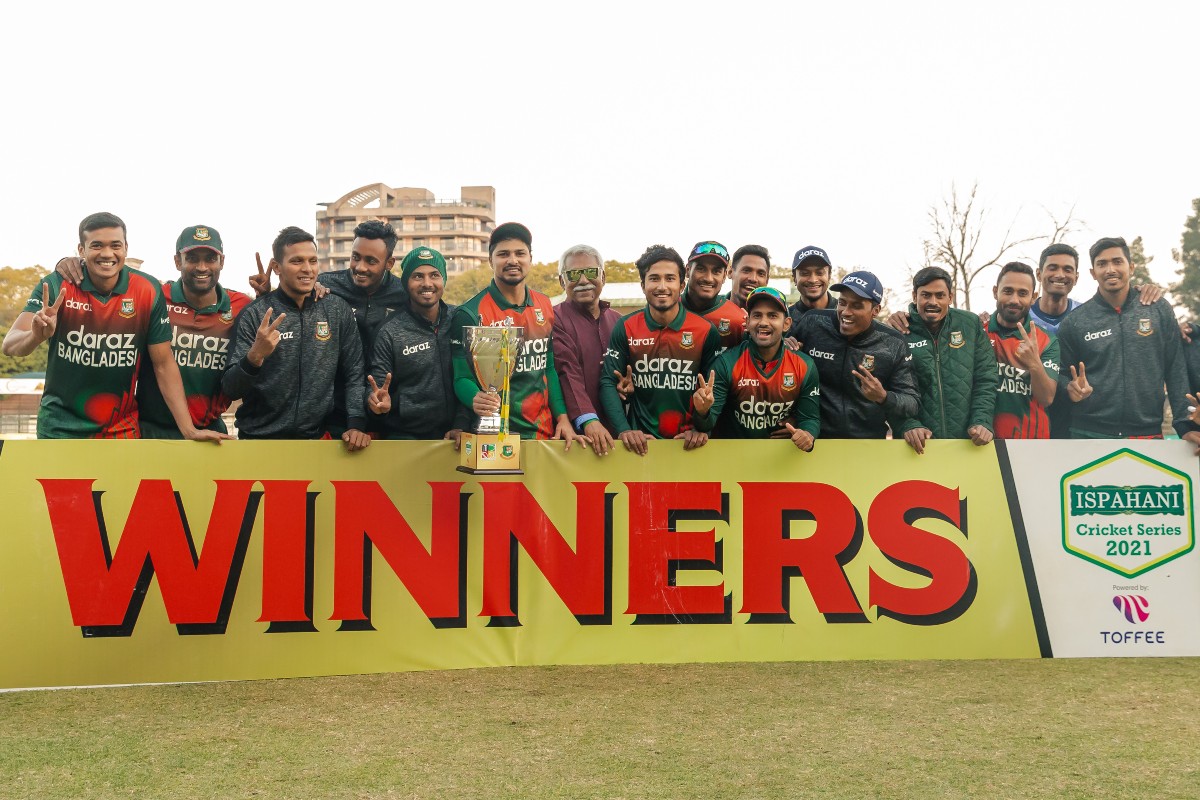 Tamim Iqbal, Bangladesh ODI captain, believes that chasing a big total like 299 runs in the third ODI against Zimbabwe will help the squad do well at the ICC Men's Cricket World Cup 2023.

Bangladesh completed a clean sweep of the three-match ODI series against Zimbabwe on Tuesday, winning by five wickets with two overs to spare at Harare Sports Club.

Tamim made a superb 112 runs, while wicketkeeper-batsman Nurul Hasan Sohan made an unbeaten 45 in the middle order in his first international game since 2016. Nurul had replaced an injured Mehidy Hasan Miraz in the starting lineup.

“I think if you really want to do well in the world cup, you probably are looking to chase these kind of score every day. I thought it was a good challenge for the batting unit and we responded quite well,” said Tamim following the game at HRS.

“I am happy for winning the series but I think we can play better cricket as a team. I am sure we still have 12 or 13 games ahead of the World Cup [2023]. We want to go to the World Cup as a complete team,” he added.

Bangladesh won the series 3-0 and added all 30 points to the ICC Men's World Cup Super League standings in the process.

Bangladesh is ranked second in the table with 80 points after eight wins in 12 games. England is in first place with 95 points after nine victories and one tie in 15 games.