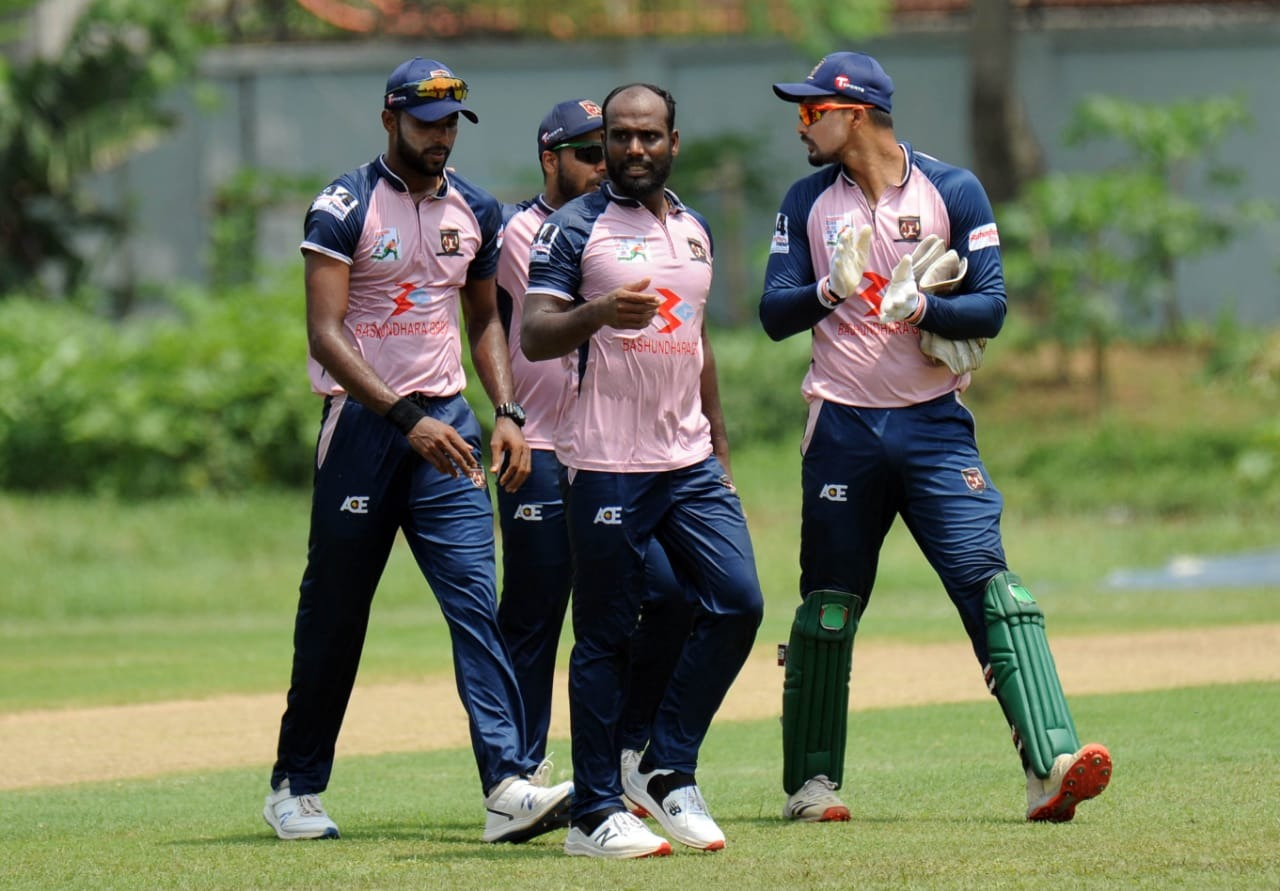 Sk. Jamal reached the easy target of 105 runs set by Partex sporting club losing four wickets with 16 balls in hand. Elias Sunny’s unbeaten 27 runs and Nurul Hasan Shohan 30 helped the team to reach the port of victory. The duo made a partnership of 59 runs for the side.

However, the Sk. Jamal lost early wickets of the openers Shykat Ali (4) and Mohammad Ashraful (17). Then, Nasir Hossain scored 22 off 23 deliveries aided by three boundaries. While the skipper Shohan scored 30 runs off 32 balls with one four and two sixes.

Partex were losing wickets at regular intervals, opener Sayem Alam fell prey to Nasir Hossain during the second over. Then Salauddin took back to back wickets of Tasamul Haque (6) and Abbas Musa (20).

Then, Isharul Islam (19) and Dhiman Ghosh (19) tried to resist for some time but Ziaur Rahman gave the breakthrough, as he returned Isharul and after one over Saluddin took the wicket of Dhiman, who was caught by Enamul Haque.

No other batsman could take charge after their dismissal, Salauddin completed his five-wicket haul by taking the wicket of Shahadat Hossain, with the bowling figure of 3.3 overs spending 16 runs at an economy of 4.57. For Sk. Jamal Elias Sunny also bagged two wickets.