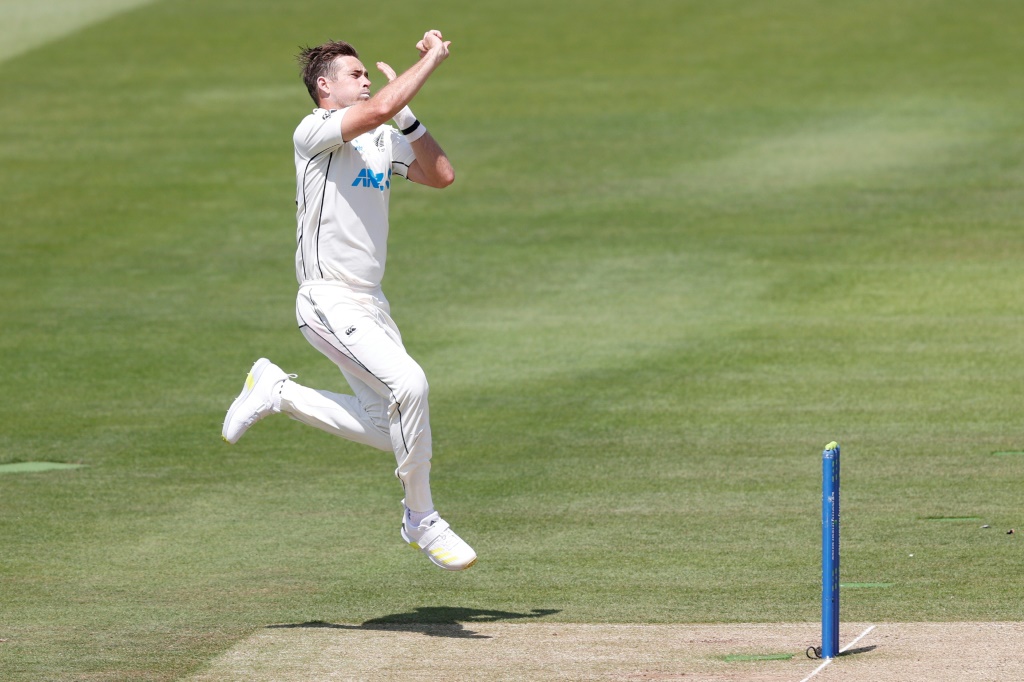 Tim Southee believes New Zealand can "push on" against England come the last day of the first Test at Lord's even though the match appears destined for a draw.

Southee took a superb 6-43 on Saturday as England were dismissed for 275 in reply to New Zealand's first-innings 378 after the whole of Friday's third day was washed out.

But England opener Rory Burns put a dent in New Zealand's bid to go 1-0 up in a two-match series with a painstaking hundred, with the World Test Championship finalists made to pay for reprieving him on 77 and 88.

New Zealand were held to 62-2 in their second innings at stumps on the fourth day, an overall lead of 165 runs.

The loss of an entire day's play reduced both teams' chances of victory, although Southee told reporters: "If we'd have turned up at the start of the day and told we were going to walk off with the position we're in now we'd have been pretty happy.

"But the England side don't just roll over," he added.

"Who knows what may happen but it's great to be in a position where we can push on with all three results still possible."

New Zealand had a dream start on Saturday when Kyle Jamieson had England captain Joe Root caught off the very first ball of the day for 42.

Southee then took centre stage as England lost three wickets for no runs in 21 balls.

His final figures meant Southee gained a coveted place on the Lord's honours board for the second time in his career following a 10-wicket match return in a 2013 Test at 'the home of cricket'.

"Any time you contribute to the side and do your job it's very satisfying and I guess it's a little bit sweeter at such as special grounds as Lord's," he said.

But Burns held firm. although wicket-keeper BJ Watling missed a routine chance to stump him on 77 after he'd been stranded down the pitch by left-arm spinner Mitchell Santner before Southee floored a slip catch when the Surrey left-hander had made 88.

This was Burns's third Test hundred and second against New Zealand following his 101 at Hamilton in 2019.

Southee, who eventually dismissed Burns for 132, said: "I thought it was a great innings with what was happening around him, he was able to keep his composure and battle on through it."

Burns was dropped by England during their 3-1 series loss in India earlier this year, with the pain of his omission offset by the birth of his daughter Cora in January.

"My wife and Cora were here, so it was pretty special to get a hundred in front of them -- not that she'll remember it, mind, but I will, so that's a nice thing," said Burns, who occupied the crease for nearly eight hours.

"Getting dropped is not a nice thing and then being able to take the next opportunity that you get given is.

"We needed those runs so it was nice to do it."