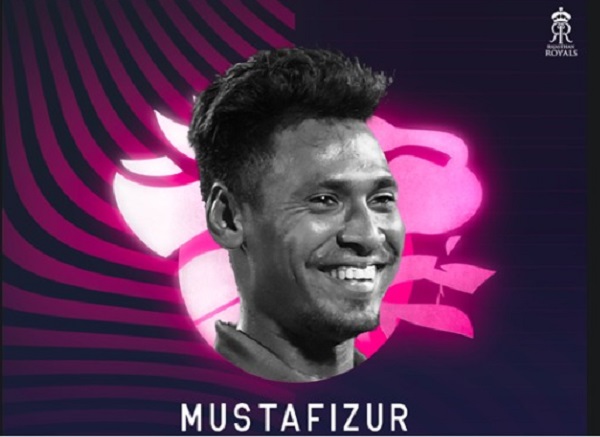 The Rajasthan Royals (RR) will be without Jofra Archer at the beginning of the Indian Premier League (IPL) as the player suffered an injury. During the last few seasons, Rajasthan has primarily focused on the English fast bowler in the attacking pace.

On Cricinfo, cricket analysts Akash Chopra, Daniel Vettori, Sanjay Manjrekar, and Deep Dasgupta discussed the probable Rajasthan XI for the IPL. While some believe Rajasthan must rely on Indian fast bowlers, others said the team can fill the absence of Jofra Archer by playing Mustafizur Rahman.

Rajasthan bagged Mustafiz at the base price of INR 1 crore from the IPL auction. At the same time, the team added South African pacer Chris Morris and Andrew Tye in the squad as a back-up pacer.

Although there are several foreign cricketers in the squad, Deep Dasgupta has suggested keeping Tye or Mustafiz to make up for Archer in the pace attack. On the other hand, Sanjay Manjrekar said Mustafiz will not get many matches as RR has Jaydev Unadkat.

“I would say since Jofra is not available, Rajasthan should play Andrew Tye or Mustafiz. Otherwise, the team can place Liam Livingston in the middle order and keep the Indian pacers in the XI,” Dasgupta said.

However, Sanjay Manjrekar said, "Since there is Unadkat, I think Mustafiz might not get many matches,"

Although, Akash Chopra said that Rajasthan will make the XI keeping Morris and Mustafiz. While, Ben Stokes and Joss Butler will be the other two foreigners to increase the batting power.

“I also agree with Deep. They will make the XI with Ben Stokes, Joss Butler, Chris Morris and Mustafiz,” Akash said