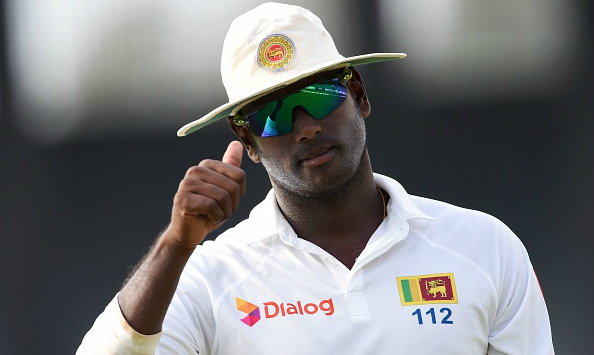 Following his injury in the Lanka Premier League, Angelo Mathews finally makes his well-awaited comeback in the two-match home Test series against England. Meanwhile, Nuwan Pradeep also got a call up for the series alongside Sandakan while Dhananjaya de Silva missed out after his injury.

Mathews, 33, did not make the South Africa trip because of a hamstring injury but is expected to line up against England in matches that count towards the inuagural world Test championship. The all-rounder has been named in the 22-member squad for the upcoming series alongside pacer Nuwan Pradeep, who last featured in the Test squad in 2017.

Alongside that, the hosts have also added Roshen Silva and Lakshan Sandakan in the squad while a host of players who were originally part of the squad that faced South Africa - Ramesh Mendis. Dhananjaya de Silva, Kasun Rajitha, Santhush Gunathilake and Dilshan Madushanka miss out from the series.

The two-match series would be part of the ICC Test Championship, as England aims to make their presence felt on the leaderboard.

Unlike the Border-Gavaskar Trophy, this series would be played behind closed doors. Meanwhile, England have got to the wrong start possible in the series, losing their all-rounder Moeen Ali to COVID-19 before the start of the series. While he certainly won’t be part of the squad for the first Test, his involvement in the second Test is unknown.

Both matches will be played in Galle behind closed doors.