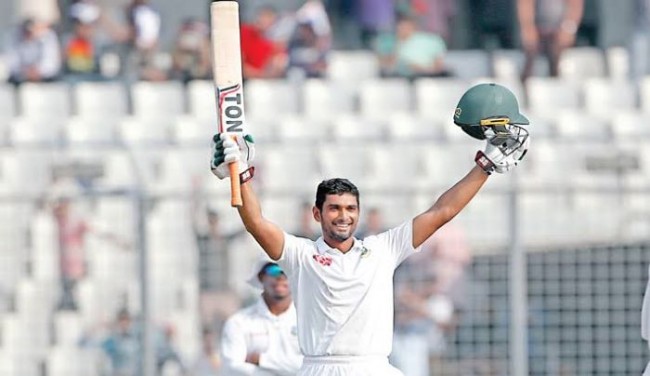 Riding on three centuries from Shahriar Nafees, Shamsur Rahman and captain Mahmudullah Riyad, South Zone established their full control over the North Zone on day three of the first round of Bangladesh Cricket League (BCL) at Zahur Ahmed Chowdhury Stadium on Sunday.

Nafees hit 111, Shamsur made 109 while captain Mahmudullah blasted an unbeaten 70 ball-100 as South Zone declared their second innings on 398-3, setting a staggering 454-run target for North Zone to win the match.

At stumps, North Zone reached 22-0, with Mizanur Rahman and Rony Talukdar batting on 15 and 7 runs respectively. They still need 432 runs to win the game, which looked unlikely.

Resuming the day three on 40-1, Shahriar Nafees and Shamsur Rahman batted with utmost patience to lay a solid platform for the side.

Nafees struck a dozen of boundaries for his 111 before being dismissed by Ariful Haque. Shamsur also was removed by Ariful after striking 11 fours in his 222 ball-109.

Opener Anamul Haque Bijoy who retired hurt due to hamstring injury came up to bat and together with captain Mahmudullah launched spectacular attack on the North Zone bowlers to accelerate the scoreboard in quick fashion.

Ariful Haque snapped up 2-51 while Taskin Ahmed picked up 1-68 for North Zone.