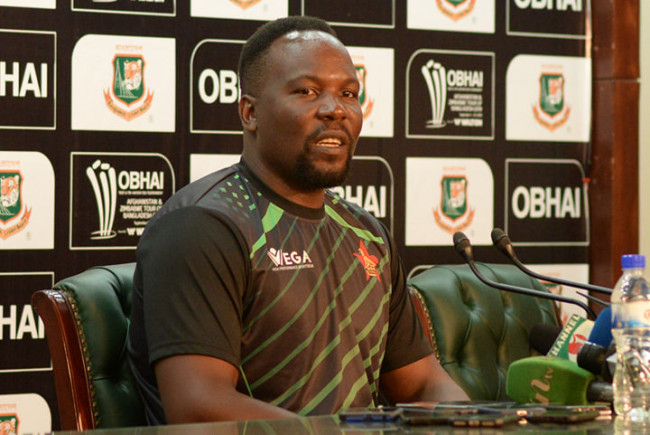 Zimbabwe skipper Hamilton Masakadza said on Thursday he is set to retire from the cricket with happy note as he enjoyed every moments of his career.

Masakadza has announced that he will retire from all forms of international cricket after the conclusion of the T20I tri-series involving Bangladesh and Afghanistan later this month.

‘‘Yes, definitely. I think it has been a long fruitful career. And obviously there are ups and downs but I thoroughly enjoyed every single moment. I really cherished… those boys are really cherished representing the country. If I was given the choice to start over and do it again, I would definitely grab those chances,’’ Masakadza told reporters adding that he had fond memories of Bangladesh as it was one of his happy hunting ground.

‘’We were still playing in the Bangabandhu Stadium,’’ Masakadza told reporters when a reporter asked him whether he remember his first match against Tigers at their own den.

‘’And the main thing I remember that, the wicket was probably the flattest and best batting wicket to bat on anywhere in the world,’’ he said.

His highest score in international cricket is his unbeaten 178 against Kenya in 2009. Masakadza is fourth on Zimbabwe's ODI and Test run-getters lists.