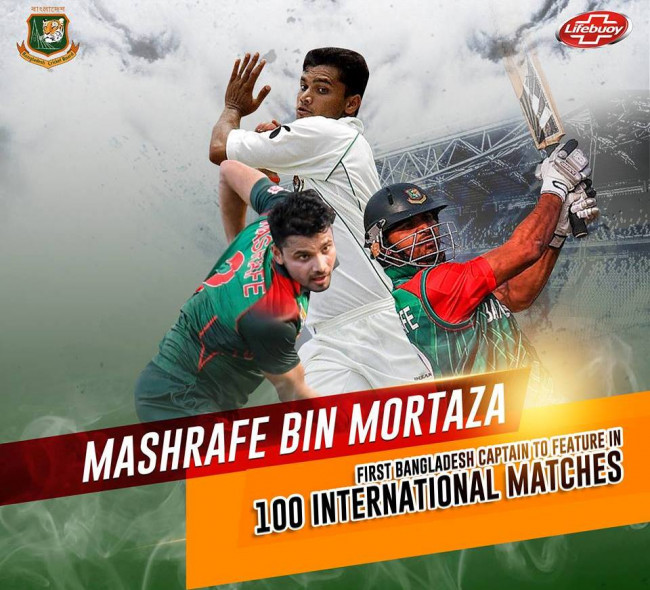 Masharafe Bin Mortaza has become the first ever captain who leads Tigers in 100 international matches across three formats.

The ‘captain fantastic’ leads Bangladesh in 71 ODIs, 28 T20Is and 1 Test match. He is also the successful ODI captain in history of Bangladesh cricket. In the 71 ODIs, Mashrafe won 40 matches and lost 29 with 57.97% winning rate. The rest of the two matches were ended with no result.

In 28 T20s, he won 10, lost 17 and no result was in 1 match. His winning rate 37.03% in this format is still the highest mark. Even, Masrafe, as a captain, won his one-off Test match in 2009 against West Indies which was also his career’s last Test appearance due to injury. But he has not retired from Tests yet.  The Tigers captain only retired from T20 internationals after Sri Lanka tour on 2017.

Meanwhile, Mashrafe bin Mortaza had touched a new landmark of 200-ODI match as a Bangladeshi cricketer on December 9, 2018. The captain still wants to play cricket as long as his body can allow him and has the 20-year mark as a target.