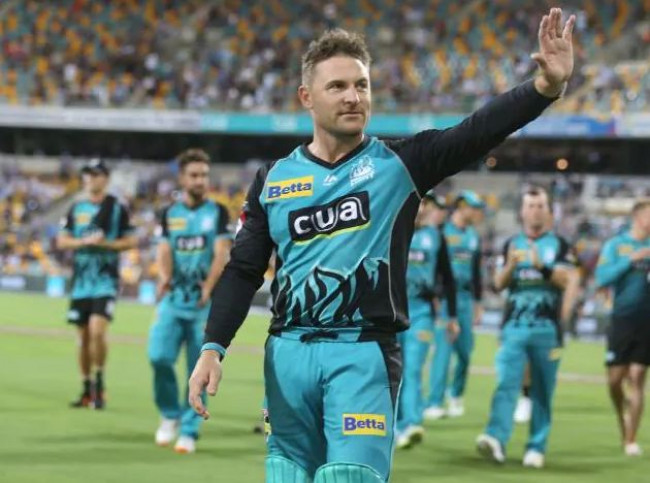 Brendon McCullum played his last T20 match for Brisbane Heat in the Big Bash League 2019 at The Gabba on Friday. Brisbane Heat exuberantly farewelled to the star beating Melbourne Stars by 10 wickets in their final group match in BBL.

The two Heat openers Max Bryant and Ben Cutting hit a 158-run unbroken partnership within 10 overs of their 200-run chase. Veteran Cutting smashed the second-fastest half century (17 deliveries) in BBL history in his knock of unbeaten 81 while the youngster Bryant hit unbeaten 71 off 30 balls.

The crushing win boosted Heat's net run rate and they now must sweat over remaining results this round to see if they make the top four cut.

Brendon McCullum previously announced his retirement from Big Bash League (BBL) and other T20 leagues. He wanted to wrap up his playing career and transition into a coaching role