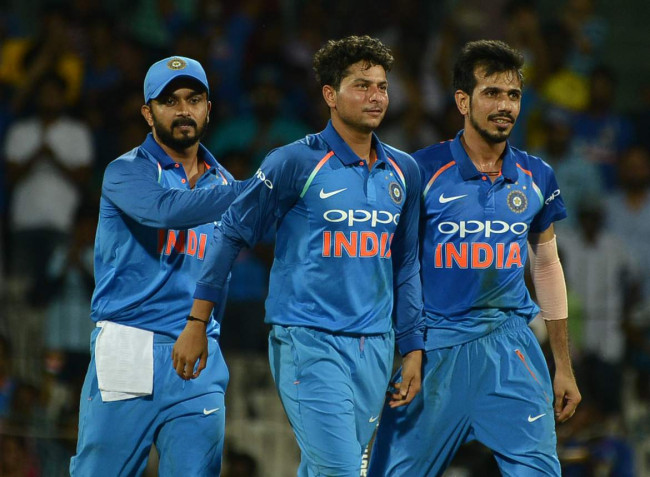 After Hardik Pandya’s injury setback, India recovered quickly and banked on Kedar Jadhav to fill up for the remaining overs. Jadhav, whose unorthodox slinging action has garnered much attention snatched two wickets over the course of four overs.

Firstly, he dismissed Sarfraz Ahmed whose somewhat unnecessary shot over midwicket was brilliantly caught by Manish Pandey. Earlier, Kuldeep Yadav’s wrong urn got better of Babar Azam and that helped India breach a crucial building partnership between him and Shoaib Malik.

India since then paved their way back into the game through some economical bowling. Jadhav, along with Yadav ensured that the Men in Green couldn’t notch a stable partnership after Azam’s departure. Malik was looking in fine form and could have carried the team ahead with him.

However, he was then run out be a direct throw from Ambati Rayudu and Malik was partly at fault at it as there was a big miscommunication between him and Asif Ali.

The latter departed soon too, and none of the Pakistani middle-order batsmen showed maturity and a game-awareness to slower down the proceedings and find a way back into the game.

Jadhav’s bowling, Pandey and Rayudu’s fielding along with Ahmed and Malik’s departures were the major talking points from these ten overs.